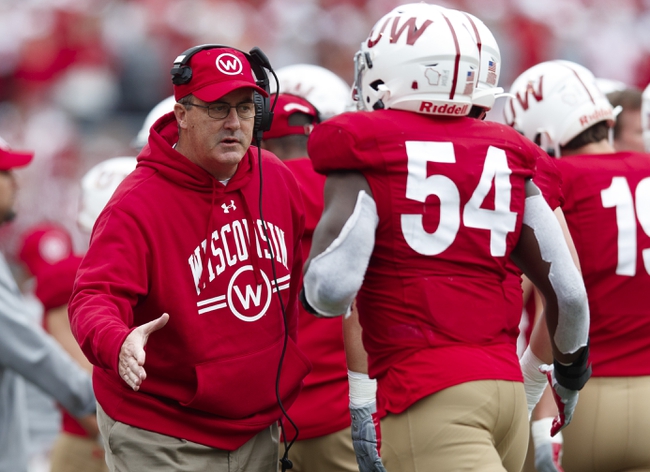 The Wisconsin Badgers 2019 season was a good one, but there are a lot of question marks surrounding the team heading into this season. Get Free College Football Picks and College Football Predictions for every game all season long at PickDawgz.

The Badgers 2019 season finished with a 10-4 record overall including 10-2 in the Big Ten. That was enough to get the Big Ten Championship game, where they lost to the Ohio State Buckeyes. One of the big changes heading into the 2020 season is their running game. Gone is Jonathan Taylor and his production will be really missed.

Paul Chryst is in charge for the Badgers,, and he has a very talented team coming back. The offensive line is still really good and Jack Coan is still under center, but he could be pushed for the starting job. If Coan is the starter again, he is probably going to be expected to do more.

Pick: The Wisconsin Badgers didn’t get many favors this year for their schedule, although they don’t have to play Ohio State which is a big bonus. Playing Michigan, Notre Dame, and Minnesota in a three week time period is going to be really tough. If they can come out of that stretch with a 2-1 record they are going to be in very good shape.