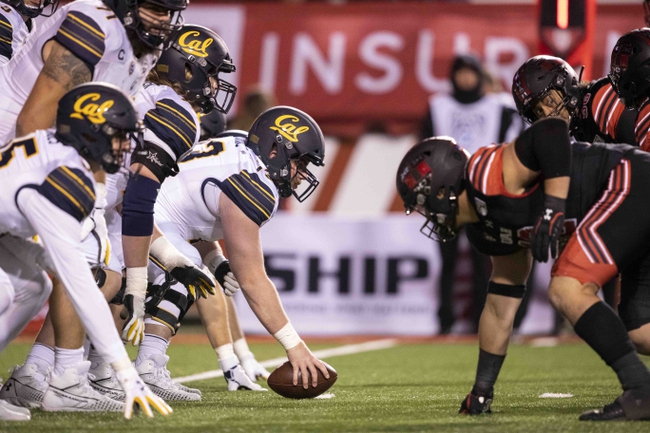 The Utah Utes will be on the road for a matchup with the California Golden Bears, as the two clash in a Pac-12 showdown.  Utah is coming off a 2019 season that saw the program finish with a record of (11-3), while California went (8-5).  California was dominated by Utah during the 2019 season, as Utah won the lone matchup, 35-0.  Let’s take a closer look at each program.  Get College Football predictions at Pick Dawgz.

The most notable subtraction for Utah entering the 2020 campaign is the loss of quarterback Tyler Huntley.  Huntley was instrumental in helping lead Utah to a 11 win season.  The program will be looking to South Carolina transfer Jake Bentley.  However, Utah will also be light in the secondary, as star running back Zack Moss graduated.  Defensively, Utah had one of the best defenses in the country a year ago, allowing just 15 points per contest.  For more on Utah, check out the team preview.

As for California, the Golden Bears impressed some fans a year ago.  California finished 3 games above the .500 mark a season ago, which included a bowl victory over Illinois.  California was led by sophomore quarterback Chase Garbers a season ago and he will be back to lead California once again.  During the 2019 season, Garbers passed for over 1,700 yards, while throwing 14 touchdowns.  The program will also welcome back Christopher Brown Jr.  Brown rushed for over 900 yards and contributed 8 touchdowns, as a sophomore.  Just like Utah, the defense was tough to score on.  California registered 36 sacks a season ago, while allowing under 22 points per game.  For more on California, check out the team preview.

Overview: This will be a contest that will have two of the better defenses in the Pac-12 on display.  California was smoked a season ago by Utah.  One can bet that the California coaching staff and players will be ready for a rematch.  Utah may still have a premier defense, but the offense is going to be a question mark at times, depending on who the opponent is.  In this case, Utah plays another solid defense, look for California to stay in this game and pull an upset win at home.  I’m taking California and the points, as I believe the Golden Bears will be able to give Utah everything the Utes want during 2020.