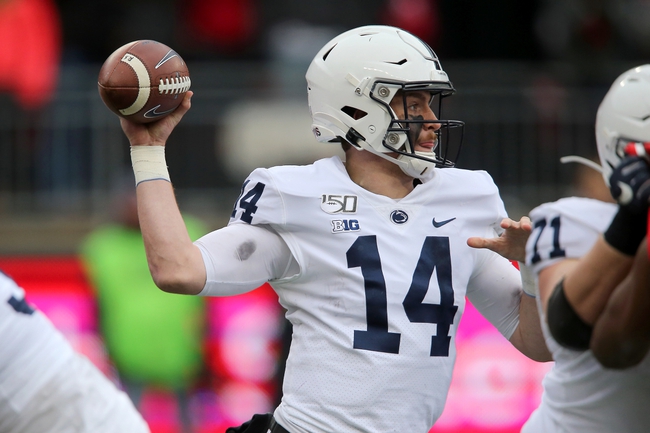 The Penn State Nittany Lions 2019 season was good, but this is a team that believes they can win a National Championship, something that didn’t happen.  Get Free College Football Picks and College Football Predictions for every game all season long at Pick Dawgz.

Penn State’s win total is set at 9.5. Will they finish with ten or more wins? Let’s break it down.

The Nittany Lions finished the 2019 season with an 11-2 record, with their only two losses coming against the Ohio State Buckeyes and Minnesota Golden Gophers. Heading into the 2020 season the Nittany Lions are going to be dealing with big changes. Including a new offensive coordinator with Kirk Ciarrocca. The good news for Penn State is quarterback Sean Clifford will be back under center. During the 2019 season, Clifford threw for 2,654 yards and 23 touchdowns. On defense, they were a strong team last year, but they also lost a lot of talent. If the Nittany Lions want to win the National Championship the defense is going to really need to step up their game.

Pick: In the non-conference schedule the Penn State Nittany Lions should expect to come out of that with an undefeated record. The only real tough game is against Virginia Tech, but that is a team that has been down the last few years. In conference play, the Nittany Lions don’t have to play Wisconsin or Minnesota which will help.

The only loss again this season for the Nittany Lions is going to be against Ohio State. That will keep them out of the Big Ten championship game, but they are still going to do enough to go over 9.5 wins.