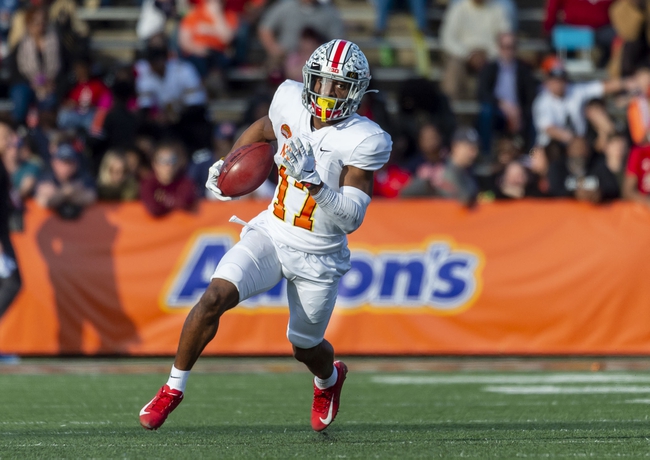 Iowa will look different on offense during the 2020 season, as quarterback Nate Stanley moved onto the NFL. The success for Iowa this season and the identity that the program will want to display, will depend on the quarterback play.  The program does have the likes of Tyler Goodson back for the 2020 season, as he rushed for over 630 yards and added 5 scores on the ground. Iowa will also have their top two wideouts back for the 2020 campaign.  While the offense has some solid skill players, the big question mark for the team is on the quarterback.  For more on Iowa who is led by Kirk Ferentz, check out the team preview.

Ohio State has the ability to once again be one the most elite teams in college football.  The program returns their star quarterback in Justin Fields.  Fields will be looking to build off of his 2019 season and will be hoping to improve his draft stock.  While the program did lose their key running back in J.K. Dobbins, look for the Master Teague III to pick up the slack for the 2020 campaign.  Ohio State also returns their leading wideout from the 2019 season, in Chris Olave.  The defense is where the Buckeyes lost quite a bit of talent, as three defensive players were taken in the first round of the 2020 NFL Draft.  For more on Ohio State, check out the team preview.

Overview:  Ohio State has opened as favorites for this home contest, which is not surprising.  The Buckeyes return ample amounts of talent for 2020 and once again should be the team to beat during the 2020 season in the Big Ten.  With Iowa having questions at quarterback, the season outlook is uncertain as to how good this Hawkeyes team can be.  I’m going to put stock in Ohio State to get the job done at home and cover the spread.