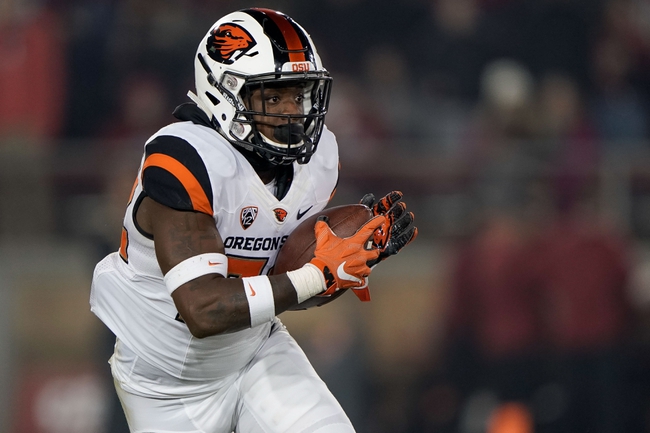 The Oregon State Beavers 2019 season wasn’t terrible but also wasn’t great finishing with a 5-7 record. That wasn’t enough to make a bowl game, but the hope is heading into this season that Oregon State can take the next step forward and make the bowl game. Check back all season long for free college football picks and predictions on every game at PickDawgz.

The Beavers win total is set at 5.5. Will they be able to get to that number?

The 2019 season got off to a slow start to the season losing the first two games including the second game of the season against the Hawaii Rainbow Warriors. Oregon State did have some big games including wins over California, Arizona, Arizona State.

Jonathan Smith is again in charge of the Oregon State Beavers for his third year. Quarterback Jake Luton is gone, which means that will be the first order of business heading into this season. Chase Nolan and Tristian Gebbia look like the two guys in the best position to win the job. The running game could be a real strength for the team this year, especially if Jermar Jefferson can stay healthy. Jefferson had 142 attempts in 2019 rushing for 685 yards and eight touchdowns.

On defense last season, the Beavers could have been better, but expecting a big jump forward on that side of the ball could be some very wishful thinking.

Get Premium Picks Start Winning Now »
The pick in this article is the opinion of the writer, not a PickDawgz site consensus.
Previous Pick
Nebraska Cornhuskers 2020 Win Total - College Football Pick and Prediction
Next Pick
Cincinnati at Nebraska - 9/26/20 Early look College Football GOY Picks and Predictions