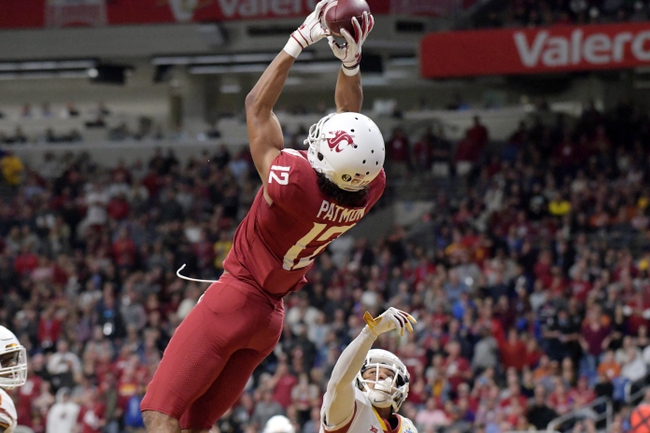 The Washington State Cougars 2019 season was disappointing but they hope they can bounce back in the 2020 season. Check back all season long for free college football predictions at PickDawgz.

The Cougars win total is set at six. Will they be able to get past that number? Let’s break it down.

The Washington State Cougars finished the 2019 season with a 6-7 record. In the Cheez-It Bowl, Washington State was beaten by Air Force 31-21. The Cougars had found a lot of success the last decade for the most part, but there are a lot of changes this offseason. Gone is Mike Leach and in is Nick Rolovich who spent his last four seasons in charge of the Hawaii Rainbow Warriors.

For fans who were used to the air raid offense under Leach, this team is going to look a little different. Last season the Cougars didn’t run the ball a lot, something that Rolovich will probably make a big emphasis on. The Cougars defense also wasn’t ever elite under Leach, and that could look much the same under Rolovich. The offense this season is probably still going to need to score a lot to make up for some of the shortcomings that the defense has.