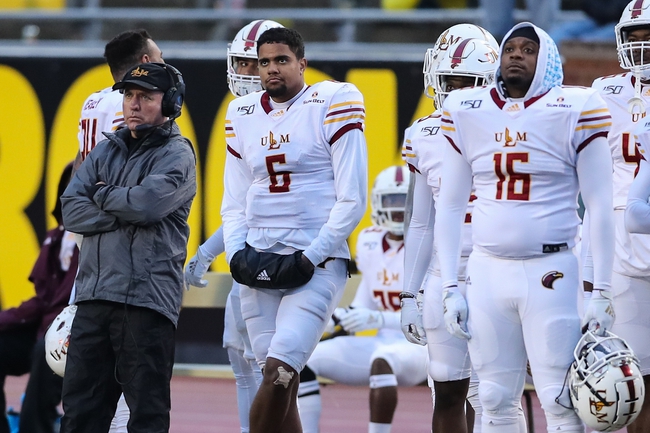 The UL Monroe Warhawks finished the 2019 season with a 5-7 record but there is some belief around the program that they can be better this season. Check back at PickDawgz for free college football picks on every game all season long.

UL Monroe’s win total is set at four, will they go over it?

Louisiana-Monroe played a tough non-conference schedule last season and that could have played into some of their struggles. They had to play Iowa State, Memphis, and Florida State, three teams that are ultra-difficult. In conference play, the Warhawks did finish with a 4-4 record, and they were only a few plays away from winning another game and making a bowl game.

Back is head coach Matt Viator for the 2020 season, but he has a lot of holes that they need to find a way to fill. Gone is quarterback Caleb Evans and the two wide receivers from last season. Running back Josh Johnson is back for another season, and he will be leaned on heavily to help the team.

On defense, the Warhawks have been inconsistent at best, but they have a lot of veterans and that should help them improve from last season.

Pick: The UL Monroe Warhawks schedule is a bit odd. Georgia is going to be a tough game, but it’s the only schedule against FBS level competition. It might not be pretty, but four wins is such a low bar to have to get over. They should be competitive in conference play, and they should get at least four wins in those games. That means all they need is one win in non-conference play to go over the total. Back the over four wins to cash.