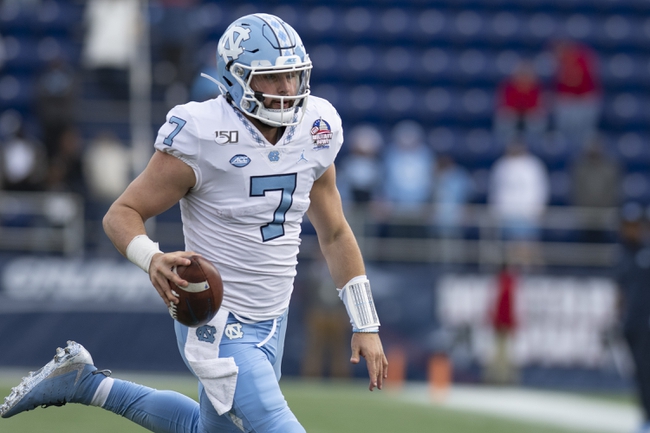 The North Carolina Tar Heels looked good during the 2019 season, and they were only a few plays away from having an even better year. The Tar Heels finished the regular season with a 6-6 record and in their bowl game they knocked off the Temple Owls 55-13.

The best news for the Tar Heels is they have Sam Howell back under center who was only a freshman last season. Howell finished the season throwing for 3,641 yards, 38 touchdowns, and seven interceptions.

The Tar Heels also didn’t lose a whole lot of talent from last year’s team that will need to be replaced. Defensive end Jason Strowbridge and offensive tackle Charlie Heck are gone, but outside of that most of last years talent is back.

On defense, the Tar Heels have struggled at times, but last year they really took a step forward and with some of the recruits coming in, North Carolina’s defense could be one of the best in the ACC

Pick: The Tar Heels are no doubt going to be tested with this schedule. Going on the road to take on UCF is going to be tough, and playing Auburn at home might be even tougher. The good news for North Carolina is they don’t have to play Clemson during the regular season. This season is going to be special for the Tar Heels and they will finish with at least 10 wins. Look for them to go over the total, and make an appearance in the ACC Championship. Howell is also going to have special season and don't be shocked if he is in New York when the Heisman Trophy winner is announced.