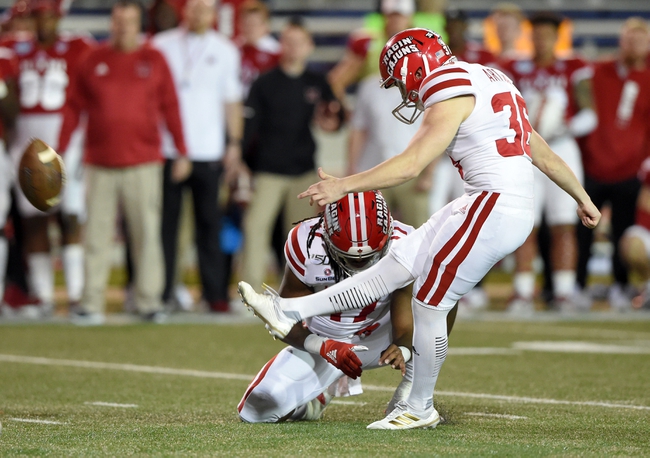 The Louisiana Ragin’ Cajuns will be looking to mirror their 2019 season, atop the Sun Belt West.  Louisiana finished the 2019 campaign with an overall record of (11-3), while going (7-1) in Sun Belt play.  The offense had no issues scoring points, as the program averaged nearly 38 points per contest, which ranked in the top 10 at the FBS level.  The defense allowed an average of 19.7, which ranked inside the top 20.  The program is under the direction of Billy Napier.

The offense was guided by quarterback Levi Lewis.  Lewis passed for 3,050 yards, while throwing 26 touchdowns and 4 interceptions.  He also added 3 rushing scores.  Lewis will be entering his senior season.  The backfield was carried by Elijah Mitchell.  Mitchell rushed for 1,147 yards and 16 touchdowns.  The running back will also be a senior during the 2020 campaign.  The offense did lose wideout Ja’Marcus Bradley.  Bradley reeled in 60 receptions for 906 yards, while collecting 10 touchdowns.  However, he was signed as an undrafted free agent by the Cleveland Browns. Peter LeBlanc returns, after collecting 344 yards and 4 scores.

As a team the defense totaled 33 sacks, 10 interceptions, and recovered 9 fumbles.  The defense was led by linebacker Jacques Boudreaux.  Boudreaux had a team high 95 tackles, as the next closest had 53.  Linebacker Joe Dillon had a team leading 7 sacks, he is back for the 2020 season.  Defensive back Michael Jacquet III will not return, after posting 5 pass break ups and 2 interceptions last year.  Bralen Trahan will return in the secondary, as he recorded 2 pass break ups and 2 interceptions last season.

Let us take a look at the Louisiana schedule for the 2020 season.

The Ragin’ Cajuns open the season against McNeese State at home.  The rest of the non-conference slate has the likes of Wyoming, New Mexico State, and Missouri.

The projected win total sits at 9.5.  Louisiana should go 3-1 in non-conference play, with a loss to Missouri.  However, don’t be surprised if Louisiana plays Missouri tight from start to finish.  The Ragin’ Cajuns should have one of the most dominant teams again in the Sun Belt.  The only game that Louisiana will more than likely take a loss in is the game at Appalachian State.  Louisiana returns plenty of talent on offense.  The team will be senior led at quarterback, while also returning a 1,000 yard rusher from the 2019 campaign.  Louisiana should have their way again in the Sun Belt and will win the West.  I’m taking the over here, as Louisiana should be 10-2 at the end of the season, with a chance to be in a solid bowl game.