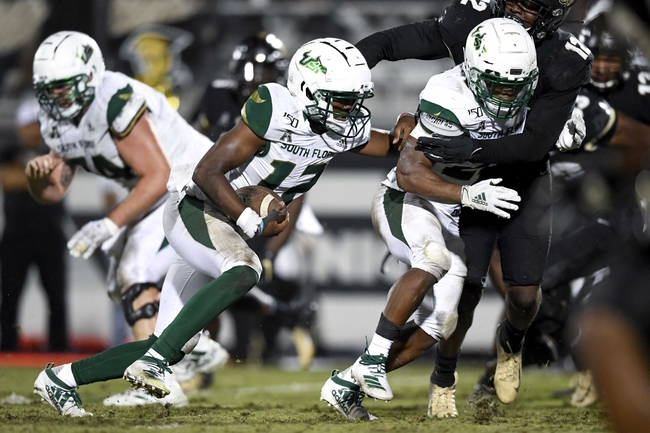 The South Florida Bulls will be looking to change their fortune for the 2020 campaign.  South Florida finished the 2019 season with an overall record of (4-8), while going (2-6) in AAC play.  The offense averaged 20.8 points per game, which ranked 115th at the FBS level.  The defense allowed an average of 28.9 points per game, which ranked 75th. The program is under the direction of Jeff Scott.  Scott takes over for Charlie Strong.

The offense was led by quarterback Jordan McCloud.  McCloud was just a freshman last season, but collected 1,429 yards passing, while throwing 12 touchdowns and 8 interceptions.  The quarterback added nearly 300 yards rushing, while finding the end zone an additional 4 times.  The backfield will look to fill a void left by Jordan Cronkrite.  Cronkrite was a senior last season, totaling 686 yards rushing and 4 scores.  Kelley Joiner Jr looks to see an increase in snap counts in the backfield, after rushing 71 times for 384 yards.  The program will be without their leading receiver from a season ago.  Tight end Mitchell Wilcox reeled in 28 receptions for 350 yards and 5 touchdowns.  Wideout Bryce Miller will be looking to build off of a sophomore season, where he collected 21 receptions for 232 yards and 4 scores.

As a team the defense recorded 29 sacks, while totaling 12 interceptions, and recovering 12 fumbles.  The defense was guided by defensive back Devin Studstill.  Studstill was a senior last season, collecting a team high 74 tackles while also having 3 passes defended.  Linebacker Antonio Grier is back for a junior year, after registering 4 sacks.  He also recovered 2 fumbles, while totaling 58 tackles.  The secondary was paced by KJ Sails.  Sails had 6 pass break ups and 3 interceptions.  He is back for South Florida during the 2020 campaign.

Let us take a look at the South Florida schedule for the 2020 season.

The Bulls open the season against Big 12 member Texas on the road.  South Florida then returns home to play host to Bethune-Cookman and Nevada.  The last non-conference game is a road contest at Florida Atlantic.

The projected win total is set at 4.5 wins.  South Florida should see 2 wins in non-conference play.  However, the program will see a tough slate of games during AAC play.  South Florida will have to face 4 of the 5 teams that finished the 2019 season with at least 10 wins.  The Bulls will play Cincinnati, UCF, Memphis, and Navy.  Seeing how the schedule unfolds, I’m going to take the under, as the only games in conference play that South Florida has a solid chance of winning is against East Carolina and Tulsa at home.  I look for South Florida to go 4-8 on the season, falling 1 win short of cashing the over, which includes a loss at Florida Atlantic on the season. South Florida just doesn't match up with the premier teams in this conference with talent at this stage.