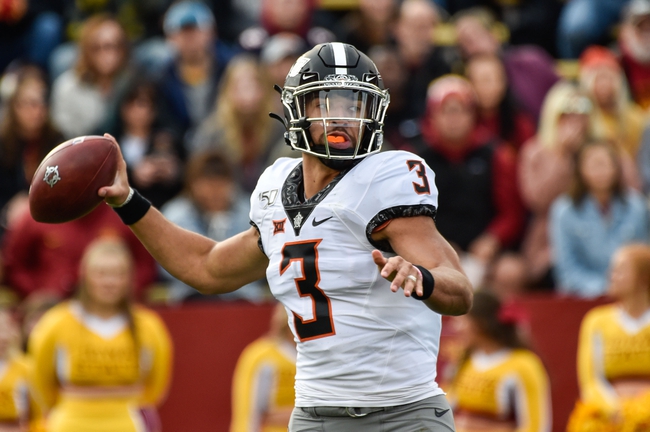 The Oklahoma State Cowboys have been right in contention the last few years, but they haven’t been able to get over the hump. The expectations are still high for this season but the question is will they live up to them. Get free college football picks all season long at Pick Dawgz.

Oklahoma State finished the 2019 regular season with an 8-4 record, which earned them a matchup against Texas A&M in the Texas Bowl. The Cowboys were competitive but they couldn’t get the job done losing by three points.

Cowboys coach Mike Gundy has been good with young quarterbacks and it was no different Spencer Sanders. Last season was Sanders first year starting and he was good throwing for 2,065 yards, 16 touchdowns, and 11 interceptions.

Sanders is back for his second year starting, and the expectations are that he will take a bigger step forward.

Pick: The second-year for Sanders is going to be a big step forward and he is going to lead the Oklahoma State Cowboys to a lot of success. The Cowboys put some cupcakes on the non-conference schedule and that should help them. Oregon State to start the season will be a bit of a test, but they will have no issue in the second half pulling away. The rest of the non-conference is cupcakes, and they should cruise to a few easy victories. There will be some tough games in conference play but they will still get to at least nine wins.