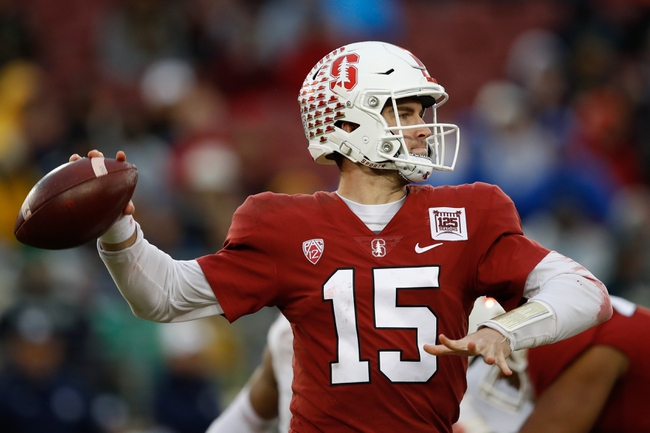 The Stanford Cardinal will be hoping for better fortunes during the 2020 campaign.  Stanford finished the 2019 season in the cellar of the Pac-12 North.  Stanford had an overall record of (4-8), while going (3-6) in Pac-12 play during the 2019 season.  The offense had issues scoring, ranking 108th in points per game.  The defense allowed an average of 28.8 per contest, which ranked 80th at the FBS level.  The program is under the direction of David Shaw.

The offense was paced by quarterback Davis Mills.  Mills passed for 1,960yards, while throwing 11 touchdowns and 5 interceptions.  He returns for his senior season.  The backfield will be looking for a new leader, as Cameron Scarlett signed as an undrafted free agent with the Tennessee Titans.  Austin Jones looks to see an uptick in snaps per game, after rushing for 227 yards and 1 score.  The wideouts will have the likes of Michael Wilson and Simi Fehoko back.  Wilson reeled in 56 receptions for 672 yards, while adding 5 scores.  Fehoko totaled 566 yards, averaging 23.6 per reception, while also having a team high 6 receiving touchdowns.

As a team the defense registered 27 sacks, 8 interceptions, and recovered 4 of their 6 forced fumbles.  The defense was led by linebacker Andrew Pryts.  Pryts had a team leading 72 tackles, while also adding 1 interception. However, Pryts was a senior last year.  The pass rush was led by Casey Toohill.  Toohill recorded a team high 8 sacks, which helped him land on the Philadelphia Eagles as a 7th round draft pick.  The secondary was controlled by cornerback Paulson Adebo.  Adebo was very active on defense in the passing game, registering 10 pass break ups and 4 interceptions.  He will be a senior during the upcoming season.

Let us take a look at the Stanford schedule for the 2020 season.

The Cardinal will open the season against William & Mary, an FCS program.  The rest of the non-conference schedule includes a road game against Notre Dame and a home contest against BYU.

The projected win total is set at 6 wins.  Stanford at the worst should go 2-1 in non-conference play, which would leave four wins needed in Pac-12 play to at least push the win total.  Stanford will not have to face Utah, who finished atop the Pac-12 South, finishing with 11 overall wins.  Stanford returns solid talent on the offensive side, but will need some work on defense to stay within reach of the win total as the season progresses.  The Pac-12 only had three teams finish above .500 in conference play last season.  There were 8 teams that had either a 3-6 or 4-5 record.  With as inconsistent as teams were last season in this conference, I’m going to side with the over.  Stanford should see a more potent offense this season, as their key playmakers saw valuable playing time last season.  The defenses in the Pac-12 last season were nothing to write home about, so look for the offense to help cash this win total of 6.