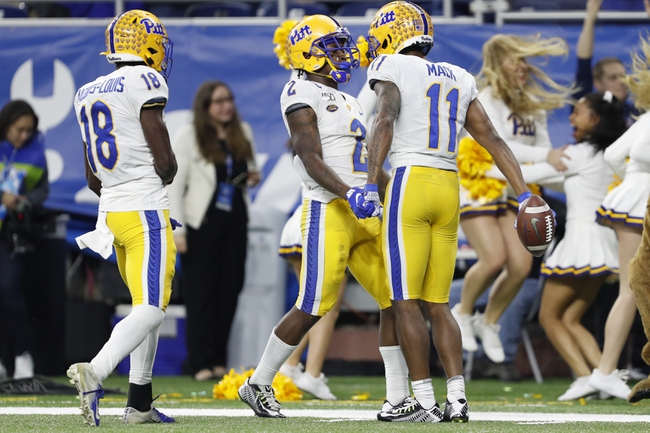 The Pittsburgh Panthers will be looking to build off of their 2019 season.  Pittsburgh finished the 2019 campaign with an overall record of (8-5), while going (4-4) in ACC play.  The offense struggled to light up the scoreboard, ranking 114th in points per game.  The offense averaged just 21.2 per game.  The defense allowed an average of 22.5 per game.  The program is under the direction of Pat Narduzzi.

The offense was guided by junior quarterback Kenny Pickett.  Pickett passed for 3,098 yards, while throwing 13 touchdowns and 9 interceptions.  He returns for a senior season.  The backfield was paced by A.J. Davis.  Davis rushed for 530 yards and 4 touchdowns.  The running back will be entering his senior season during the 2020 year.  Wideout Maurice Ffrench hauled in 96 receptions for 850 yards and 4 scores.  Ffrench was signed by the Kansas City Chiefs as an undrafted free agent.  Taysir Mack looks to see an increase in targets, as he enters his senior year.  Mack reeled in 63 receptions for 736 yards and 3 touchdowns.

As a team the defense totaled 51 sacks and 9 interceptions.  Pittsburgh had a great pass rush during the 2019 campaign. The defense was led by defensive back Paris Ford.  Ford had a team high 97 tackles, 11 pass break ups, and 3 interceptions. The defensive back will be a junior during the 2020 season.  The defense had 5 players that had at least 5.5 sacks on the season.  Jaylen Twyman recorded a team leading 10.5 sacks, as a sophomore.  Patrick Jones II added 8.5 sacks.  Jones, like most other key players, also returns for 2020.  Damarri Mathis contributed 23 tackles, 11 pass break ups, and 2 interceptions.  Mathis will be a senior during this upcoming campaign.

Let us take a look at the Pittsburgh schedule for the 2020 season.

The projected win total is set at 6.5.  Pittsburgh brings back a surplus of talent from a season ago.  The projected win total is set for a season that would end in a regression from last season's wins.  This Panthers team returns many seniors and key players from an 8 win team a season ago.  I’m not buying a season that sees fewer wins than last season, especially for a program that doesn’t have to face Clemson or Louisville in conference play.  I’m siding with Pittsburgh to go over on this win total.