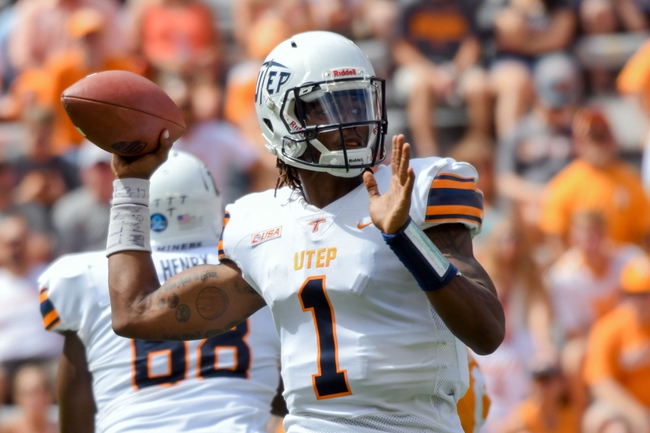 The UTEP Miners will be looking for better success during the 2020 season then what was displayed during the 2019 campaign. UTEP finished the 2019 season with an overall record of (1-11), while going winless in C-USA play (0-8).  The offense struggled to score at a consistent rate, averaging just under 20 points per game.  The defense ranked 119th in points allowed, giving up an average of 35.9.  The program is under the direction of Dana Dimel.

The offense saw three different quarterbacks under center during the 2019 season.  Kai Locksley saw the majority of playing time, passing for 1,329 yards, 6 touchdowns, and 5 interceptions. Gavin Hardison looks to have a shot at the starting quarterback spot.  Hardison passed for 335 yards and 1 touchdown as a sophomore.  The offense will have to replace running back Treyvon Hughes. As a senior Hughes rushed for 682 yards and 12 touchdowns.  Wideout Jacob Cowing reeled in 31 receptions for 550 yards and 3 touchdowns as a freshman.

As a team the defense recorded just 12 sacks and forced just 10 turnovers on the season.  The defense averaged less than 1 turnover forced per contest.  The defense was led by senior defensive back Michael Lewis.  Lewis registered a team high 96 tackles.  Praise Amaewhule brought some pressure to opposing quarterbacks, finishing the 2019 campaign with a team leading 3 sacks as a freshman.  Josh Caldwell contributed 11 pass break ups as a junior in the secondary.  The defense will have to fill the void of Lewis and also defensive back Justin Rogers who was second on the team in tackles, while also collecting 2 interceptions.

Let us take a look at the UTEP schedule for the 2020 season.

The Miners open the season with a four game non-conference slate.  UTEP plays host to Texas Tech, before traveling to Nevada and Texas.  UTEP rounds out non-conference play against the independent program, the New Mexico State Aggies.

The projected win total is set at 1.5 wins.  To be quite frank, UTEP is losing their primary quarterback from a season ago, along with their starting running back from the 2019 season.  The defense also lost their primary leaders from a defense that struggled to stop opposing offenses from the 2019 campaign.  It seems like it could be another long season for the UTEP program.  The Miners don’t have the luxury of playing Old Dominion who went just (1-11) last season.  I’ll side with the under, as UTEP will need to fill some holes from a 2019 team that struggled.