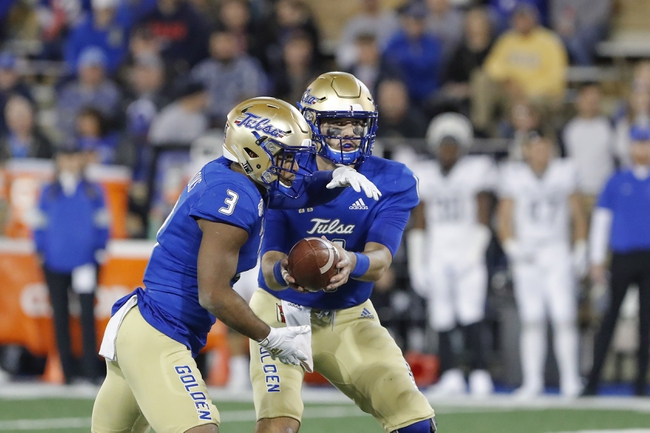 The Tulsa Golden Hurricanes will be looking to move up the AAC West standings, after finishing the 2019 campaign in the West division cellar.  Tulsa finished the 2019 season with a record of (4-8), while going (2-6) in ACC play.  The offense averaged 26.4 points per game, which ranked 84th in the FBS.  The defense allowed an average of 31.3 points per game, which ranked 92nd.  The program is under the direction of Philip Montgomery.

As a team the defense registered just 14 sacks and 5 interceptions.  The defense struggled to sustain any consistent pressure on the opposing quarterback, barely averaging over a sack per game.  The defense was guided by linebacker Jordan Fehr, who is now on the Minnesota Vikings.  Nearly all the pass rush pressure was brought by defensive end Trevis Gipson.  Gipson collected 8 sacks, but was drafted by the Chicago Bears in the 5th round of the 2020 draft.  The secondary was led by Reggie Robinson II.  Robinson recorded 4 interceptions and 13 pass break ups, but was drafted in the 4th round by the Dallas Cowboys.

Let us take a look at the Tulsa schedule for the 2020 season.

The projected win total is set at 5 wins.  Tulsa was not good on defense a season ago and the playmakers that did contribute, are now in the NFL. Tulsa will need to be better in the pass rush department, Tulsa had just 14 sacks, with 8 of them from Gipson.  I’m going to side with the under, as Tulsa has to play the premier teams inside the conference this season.