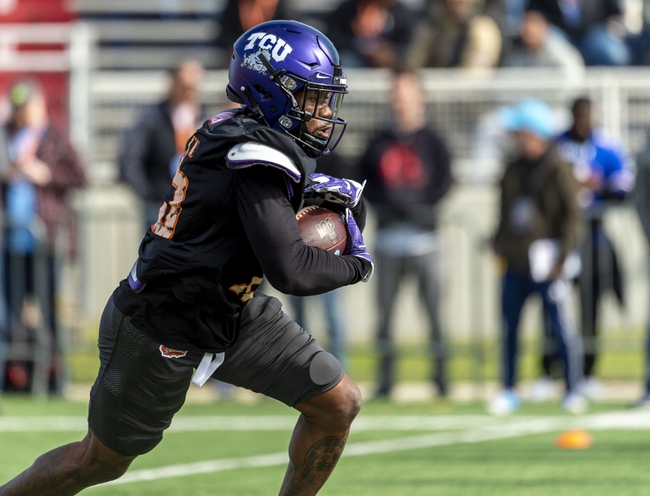 The TCU Horned Frogs will be looking to find better success during the 2020 season.  TCU finished the 2019 season with a record of (5-7), while being (3-6) in Big 12 play. The offense averaged 30.3 points per contest, while allowing 26.4 per game on defense.  The program is under the direction of Gary Patterson.

The offense was guided by quarterback Max Duggan.  As a freshman Duggan passed for 2,077 yards and 15 touchdowns, while throwing 10 interceptions.  The quarterback added 6 touchdowns on the ground.  Darius Anderson led the backfield in rushing with 823 yards and 6 touchdowns as a senior.  After seeing two running backs graduate, TCU bought in transfer running back Emari Demercado.  Demercado was a transfer from Saddleback College.  Taye Barber brings the most experience from last season as a wideout, hauling in 29 receptions for 372 yards and no touchdowns.

As a team the defense collected 22 sacks and 16 interceptions.  The defense was led by linebacker Garret Wallow.  Wallow registered 125 tackles and 3.5 sacks as a junior.  Defensive tackle Ross Blacklock registered 3.5 sacks which was tied for a team lead with Wallow.  Blacklock will be hoping to contribute as a Dallas Cowboy during the 2020 season.  Trevon Moehrig guided the secondary, recording 4 interceptions and 11 pass break ups.

Let us take a look at the TCU schedule for the 2020 season.

TCU opens the season on the road for a non-conference game against California.  The Horned Frogs then return home to host Prairie View A&M and then round out their non-conference schedule at SMU.  TCU surprisingly had quite a few players drafted, even though finishing the 2019 season with a losing record.

The projected win total is set at 7.5 wins.  TCU should be able to go 2-1 in non-conference play.  The Horned Frogs lost a lot of talent, as the program had more than a few players drafted. With the amount of players lost, it will be head scratching to see how well the program competes inside the Big 12 during 2020.  Seeing how the conference schedule is laid out, TCU should win at home against Texas Tech and on the road at Kansas. Other than those two games, wins look to be far and few between.  TCU could win a game or two that could be considered a toss up game, but that would still place TCU under the projected win total.  I’m going to take the under on the TCU win total, as the program lost a lot of key players on a team that finished with a losing record.