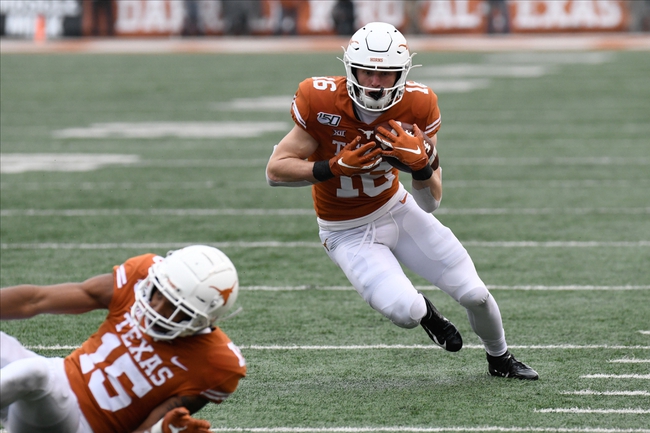 The Utah Utes and the Texas Longhorns meet in college football action from the Alamodome on New Years Eve.

Utah comes in here at 11-2 overall. The Utes were riding an eight-game win streak heading into their last matchup against Oregon, where they fell 37-15 in a disappointing loss.

In the loss to the Ducks, Utah’s Tyler Huntley put up 193 yards with two TDs and two INTs, and Zack Moss led the rush on 113 yards. Moss also led the receivers there with four grabs for 57 yards and a TD.

Over on the Texas side, they’re 7-5 this season. The Longhorns had lost consecutive games to Iowa State 23-21 and Baylor 24-10 before taking out Texas Tech in their last game 49-24.

In the win over the Red Raiders, Texas’ Sam Ehlinger posted 348 yards with two touchdowns, and Roschon Johnson added 105 rush yards with three scores. Devin Duvernay led the receivers there on 199 yards and a TD from six catches.

Utah had maybe one close call during their winning streak (33-28 at Washington) but on the whole they were pretty dominant. That’s why it was somewhat surprising to see the Utes come out flat against Oregon and get blown out by 22 points.

We’ll see how the Utes bounce back against Texas, who fell by two scores to Baylor but drilled right through Texas Tech in their last appearance. If the Utes come out and play to their capabilities, I don’t think the Longhorns will be able to keep up here. I’m going with Utah in a bounce-back cover.