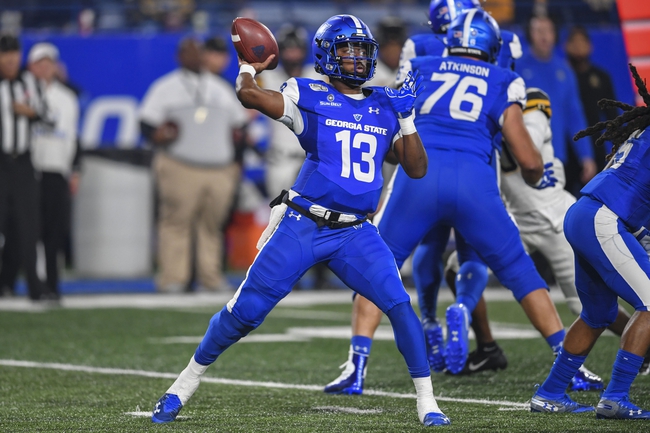 The Wyoming Cowboys and the Georgia State Panthers meet in the Arizona Bowl in college football action from Arizona Stadium.on New Years Eve.

The Wyoming Cowboys come into this game representing the Mountain West conference after finishing the year at 7-5, including a 4-4 mark in MW conference play to finish in 4th in the Mountain division. Sean Chambers threw for 915 yards, 7 touchdowns and 3 interceptions on 43% passing while also rushing for 567 yards and 10 touchdowns. Xazavian Valladay led the Cowboys in rushing with 1,061 yards and 5 touchdowns while Raghib Ismail Jr. led the Cowboys in receiving with 305 receiving yards. Austin Conway had 296 receiving yards and Josh Harshman had 259 receiving yards as well. Defensively, Alijah Haliburton led the Cowboys with 119 total tackles while Logan Wilson added 4 interceptions and Solomon Byrd had 6.5 sacks on the year. As a team, Wyoming is averaging 336.7 yards of total offense and 24.3 points per game while allowing 366.7 yards of total defense and 17.8 points per game against this season.

The Georgia State Panthers come into this game repping the Sun Belt conference after finishing the year with a 7-5 overall record, including a 4-4 mark in Sun Belt conference play to finish in 3rd place in the East division. Dan Ellington threw for 2,291 yards, 21 touchdowns and 7 interceptions on 65% passing while also rushing for 598 yards and 5 TDs. Tra Barnett led the Panthers in rushing with 1,389 yards and 12 touchdowns while Destin Coates and Seth Paige each had 400+ rushing yards this season. Cornelius McCoy led the Panthers with 679 receiving yards and 65 catches while Sam Pinckney had 36 grabs for 460 yards and 5 touchdowns. Defensively, Trajan Stephens-McQueen led the way with 97 total tackles while Hardrick Willis had 4.5 sacks. As a team, Georgia State is averaging 446.9 yards of total offense and 32.4 points per game while allowing 450.8 yards of total defense and 36.1 points per game against this season.

I really wanted to take Georgia State and the points, but the way Georgia State tends to give up points does have me a bit concerned.as well as the fact that Georgia State has a hard time containing the run. Xazavian Valladay has the ability to exploit that weakness for Georgia State and I think Wyoming’s defense is good enough to keep Ellington in check here. I’ll lay the points with Wyoming in this game. 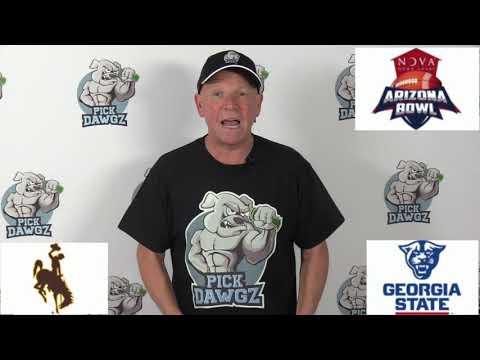