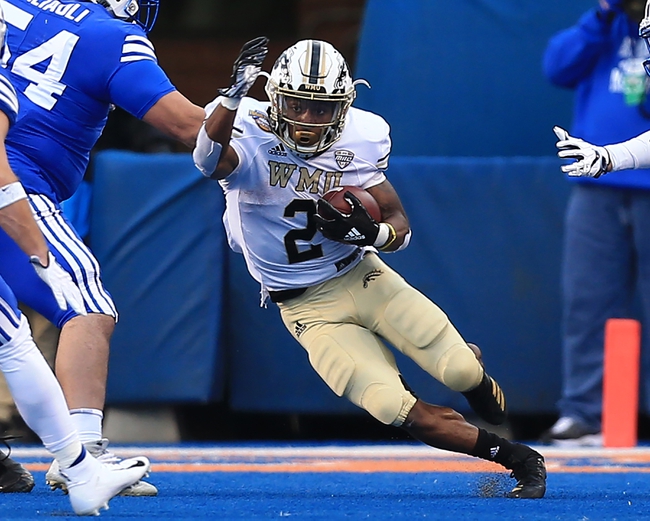 The Western Kentucky Hilltoppers come into this game representing C-USA, finishing the year with a 8-4 record, including 6-2 in C-USA play to finish tied for 2nd in the C-USA East division. Ty Storey threw for 2,209 yards, 12 touchdowns and 5 interceptions on 70.1% passing while Gaej Walker led the Hilltoppers in rushing with 1,115 rushing yards and 8 touchdowns. Lucky Jackson leads WKU in receiving with 77 catches for 985 yards while Jahcour Pearson has 71 grabs for 772 yards and 6 TDs. Defensively, Kyle Bailey leads Western Kentucky with 99 total tackles while DeAngelo Malone has 91 total tackles and a team-high 11.5 sacks. As a team, Western Kentucky is averaging 380 yards of total offense and 25.6 points per game while allowing 337.6 yards of total defense and 20.1 points per game against this season.

The Western Michigan Broncos come into the bowl game representing the MAC after finishing the regular season with a 7-5 overall record, including a 5-3 mark in MAC conference play to finish 2nd in the MAC West division. Jon Wassink has thrown for 2,904 yards, 19 touchdowns and 7 interceptions on 59.8% passing while LeVante Bellamy led the Broncos in rushing with 1,412 rushing yards and a whopping 23 touchdowns. Skyy Moore led the Broncos in receiving with 47 catches for 734 yards and 3 touchdowns while Giovanni Ricci had 47 catches for 622 yards and 8 TDs and Keith Mixon Jr. had a team-high 48 grabs for 491 yards. Defensively, Treshaun Heyward led the Broncos with 132 total tackles as well as logging 5 sacks while Ali Fayad had a team-high 6.5 sacks and Patrick Lupro had 3 interceptions this season. As a team, Western Michigan is averaging 457.3 yards of total offense and 34.2 points per game while allowing 414.6 yards of total defense and 26.2 points per game against this season.

I really liked what I saw from Western Kentucky here as Tyson Helton did a solid job with the Hilltoppers in his 1st year in charge. However, I just think these teams are even side by side and I think you can give an edge to the Broncos on offense and I also think that Western Michigan will have the best player on the field in LeVante Bellamy and I think he ends up being the difference as I see the Broncos winning this one outright. Give me Western Michigan and the points to be safe. 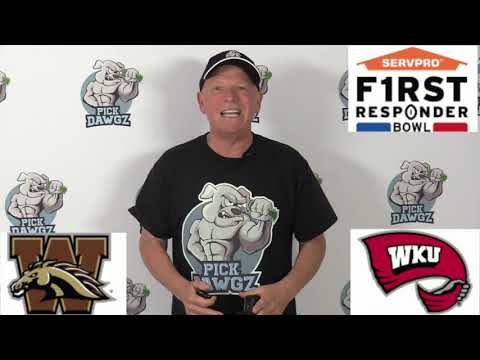