The Mississippi State Bulldogs and the Louisville Cardinals meet in college football action from Nissan Stadium.

Mississippi State enters this one with a 6-6 record overall. The Bulldogs are 3-1 over their last four games, beating Alabama but otherwise taking out Arkansas, ACU and Mississippi.

In the win over Ole Miss, Bulldogs QB Garrett Shrader posted 108 yards, and Deddrick Thomas had four catches for 49 yards. Kylin Hill added 132 yards on 27 rushes to lead the team there.

Over on the Louisville side, they’re 7-5 this year. The Cardinals are 2-2 in the last four games, taking out NC State and Syracuse while falling to Miami-FL and Kentucky in that time.

In the loss to the Wildcats, Louisville’s Malik Cunningham posted 78 yards with a TD and an INT, while Chatarius Atwell had 57 yards with a TD on four catches. Javian Hawkins led the rush there with 142 yards and a TD.

Mississippi State has had some tough matchups this season, and considering their competition they’ve performed pretty admirably record-wise. The Bulldogs have been scoring at a pretty good clip overall, with at least 30 points in three of their last five games.

As for Louisville, they’ve been pretty choppy since their surprise win over Virginia but they’ve had a few decent offensive outings. All things considered though, I like Mississippi State on the cover here.

Get Premium Picks Start Winning Now »
The pick in this article is the opinion of the writer, not a PickDawgz site consensus.
Previous Pick
Western Michigan vs. WKU - 12/30/19 College Football First Responder Bowl Pick, Odds, and Prediction
Next Pick
Virginia vs. Florida - 12/30/19 College Football Orange Bowl Pick, Odds, and Prediction 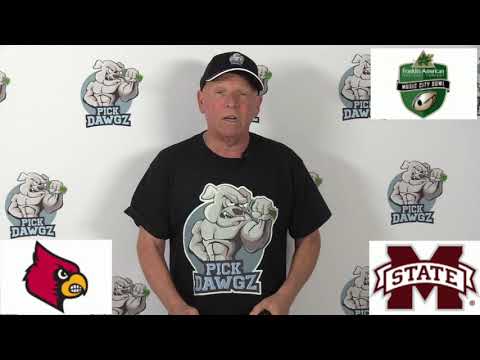