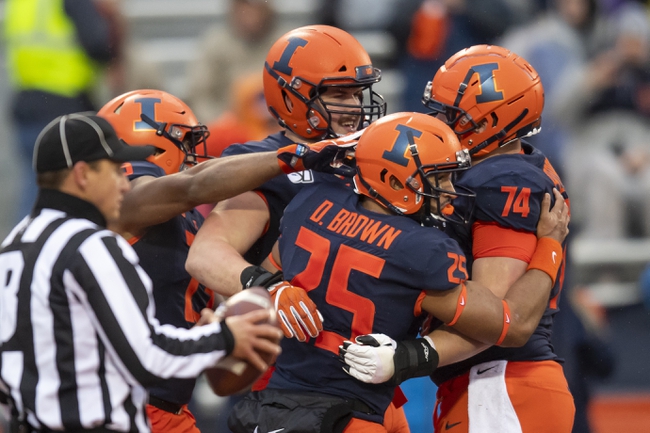 California enters this one at 7-5 overall. Over their last four games, the Golden Bears are 3-1 with a loss to USC and wins over Washington State, Stanford and UCLA in that stretch.

In the win over UCLA, California’s Chase Garbers posted 230 yards with a TD and an INT. Christopher Brown had 111 yards with two TDs rushing and Makai Polk had 78 yards and a TD on four receptions.

Over on the Illinois side, they’re 6-6 so far. The Illini had a win streak going versus Wisconsin, Purdue, Rutgers and Michigan State but have lost their last two against Iowa and Northwestern.

In the loss to the Wildcats, Illinois QB Matthew Robinson put up 108 yards passing, and Caleb Reams led the team on 57 yards from five receptions. Dre Brown had 17 yards and a TD on five rushes there as well.

California has played two ranked teams in their last five games, and predictably put up just 17 points in that pair. Otherwise the Bears offense has been pretty solid in the late-season games; they’ve put up at least 24 points in each of their last three wins.

As for Illinois, they’ve had some tough matchups as well, and their offense has hit the skids over the last two games with just 10 points in each. I’m not thrilled with the Illini’s ability to score right now so I’m going Cal on the cover here.

Get Premium Picks Start Winning Now »
The pick in this article is the opinion of the writer, not a PickDawgz site consensus.
Previous Pick
Western Michigan vs. WKU - 12/30/19 College Football First Responder Bowl Pick, Odds, and Prediction
Next Pick
Virginia vs. Florida - 12/30/19 College Football Orange Bowl Pick, Odds, and Prediction 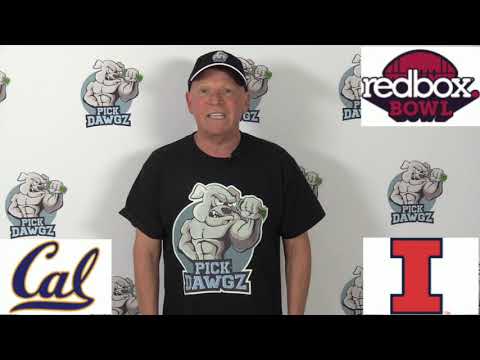