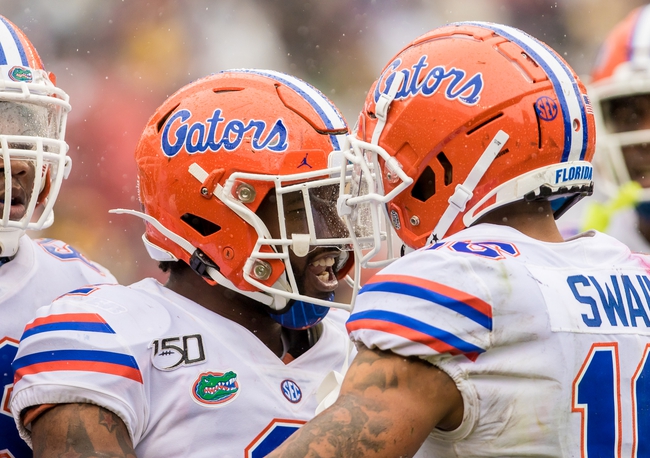 The Florida Gators have a chance to win 11 games for the first time since 2012. The Florida Gators have won four of their last six non-home games. Kyle Trask is completing 67.6 percent of his passes for 2,636 yards, 24 touchdowns and six interceptions. Trask has two or more touchdown passes in nine straight games. Kyle Pitts and Van Jefferson have combined for 1,138 receiving yards and 11 touchdowns while Freddie Swain has 35 receptions. The Florida Gators ground game is averaging 120.2 yards per contest, and Lamical Perine leads the way with 538 yards and four touchdowns. Defensively, Florida is allowing 14.4 points and 299 yards per game. David Reese II leads the Florida Gators with 89 tackles, Jonathan Greenard has 8.5 sacks and Donovan Stiner has four interceptions.

The Florida Gators are the better, more physical team and we do have the SEC vs. ACC narrative where it's the South Eastern Conference that usually dominates the trenches and makes for a lopsided contest. Florida should win this game, especially in pretty much a home setting in Miami, but Virginia is also a team that's done nothing but compete all year outside of the ACC Championship against Clemson. That includes hanging around with Notre Dame in South Bend earlier in the year. Bronco Mendenhall is a good coach who has value with extra time to prepare and should have his guys ready to compete and possibly get the second double-digit winning season in school history. I'll take my two free touchdowns.