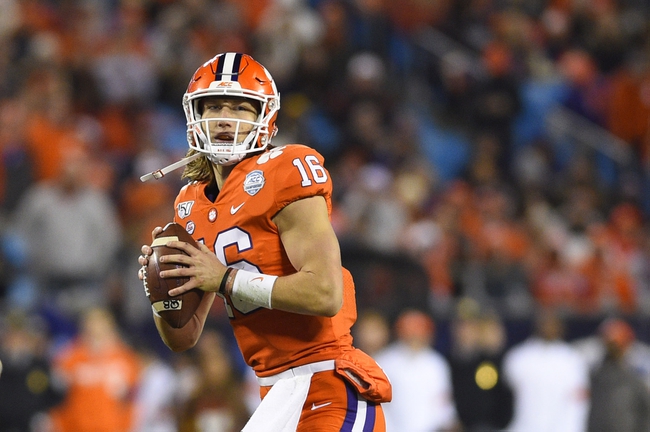 The Clemson Tigers and the Ohio State Buckeyes meet in college football action from University of Phoenix Stadium on Saturday.

Clemson rolls into this one at 13-0 overall. Over their last five games, the Tigers have taken out Wofford, North Carolina State, Wake Forest, South Carolina and Virginia in succession.

In the win over the Cavaliers, Clemson’s Trevor Lawrence threw for 302 yards with four touchdowns, and Travis Etienne had 114 yards and a TD rushing. Tee Higgins logged 182 yards and three scores on nine receptions there.

Over on the Ohio State side, they’re 13-0 as well. Across their last five games, the Buckeyes have taken out Maryland, Rutgers, Penn State, Michigan and Wisconsin.

In the win over the Badgers, Ohio State’s Justin Fields threw for 299 yards and three TDs, and JK Dobbins had 172 yards with one TD rushing. Chris Olave managed 94 yards on five catches there as well.

Clemson has really only had one “tough” game this year, and oddly enough that was against North Carolina in a slim 21-20 victory way back on September 28. After that, the Tigers went on a seven-game run where they allowed 14 points or fewer in each outing—until they allowed a whopping 17 to Virginia in the 62-17 blowout December 7.

As for Ohio State, they had to run through a gauntlet of three ranked teams at the end of the year, and to their credit they posted convincing victories in each. With two powerhouse teams meeting up here, this should be a really fun matchup.

I expect this one to be fairly close, and the toughest game of the year for either team. With the line at a field goal or so I like the Clemson offense to pull away on the cover here.

Get Premium Picks Start Winning Now »
The pick in this article is the opinion of the writer, not a PickDawgz site consensus.
Previous Pick
LSU vs. Oklahoma - 12/28/19 College Football Peach Bowl Pick, Odds, and Prediction
Next Pick
Western Michigan vs. WKU - 12/30/19 College Football First Responder Bowl Pick, Odds, and Prediction 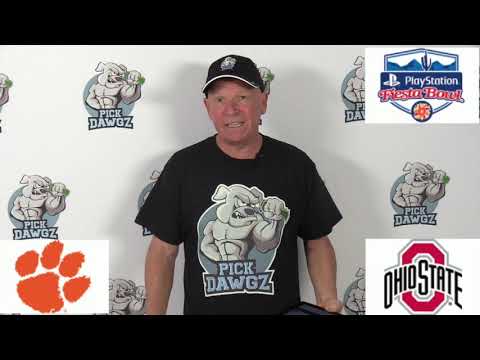