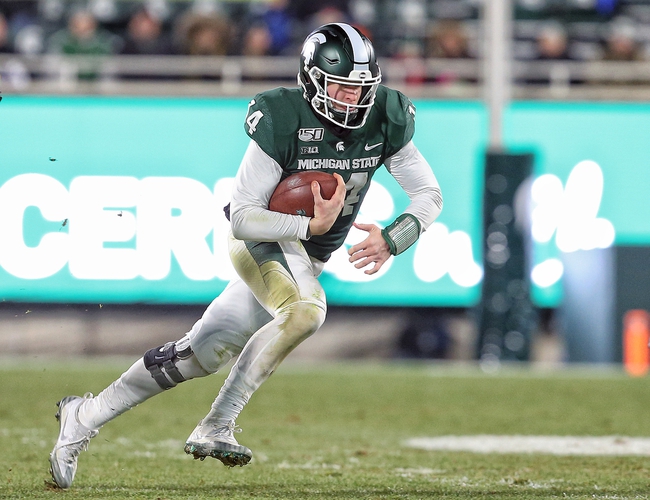 The Michigan State Spartans and the Wake Forest Demon Deacons meet in the Pinstripe Bowl in college football action from Yankee Stadium.

The Michigan State Spartans come into this game representing the Big Ten conference after another frustrating season, finishing the year where they started at .500 with a 6-6 record, including 4-5 in Big Ten conference play to finish in 5th in the Big Ten East division. Brian Lewerke threw for 2,759 yards, 16 touchdowns and 12 interceptions on 58.6% passing while Elijah Collins led Sparty in rushing with 892 rushing yards and 5 TDs. Cody White led Michigan State with 58 catches for 825 yards and 5 touchdowns while Darrell Stewart Jr. added 47 catches for 694 yards and 4 TDs. Defensively, Antjuan Simmons led Michigan State with 81 total tackles while Xavier Henderson had 80 total tackles with a team-high 54 solo tackles. Kenny Willekes also leads Michigan State with 9 sacks while Josiah Scott has a team-high 3 interceptions. As a team, Michigan State is averaging 362.6 yards of total offense and 22 points per game while allowing 320.1 yards of total defense and 22.7 points per game against this season.

The Wake Forest Demon Deacons come into this game repping the ACC after finishing the year 8-4, including a 4-4 mark in ACC conference play to finish in a three-way tie for 3rd in the Atlantic division. Jamie Newman has thrown for 2,693 yards, 23 touchdowns and 10 interceptions while also rushing for 487 yards and 6 scores. However Newman may miss this game with an injury, leaving the door open for Sam Hartman who threw for 830 yards, 4 touchdowns and 2 picks, including 250 yards in the season finale against Syracuse. Cade Carney and Kenneth Walker III were separated by just one rushing yard on the year, combining for 1,111 yards and 9 touchdowns on the ground. Sage Surratt led the Demon Deacons in receiving with 1,001 receiving yards and 11 touchdowns while Kendall Hinton had a team-high 70 catches for 953 yards and Scotty Washington added 35 grabs for 607 yards and 7 TDs. Defensively, Ryan Smenda Jr. led the Demon Deacons with 72 total tackles while Amari Henderson had a team-high 4 interceptions and Carlos Basham Jr. chipped in 10 sacks this season. As a team, Wake Forest is averaging 473.4 yards of total offense and 32.8 points per game while allowing 409.8 yards of total defense and 29.3 points per game against this season.

I get the Spartans being favored coming out of a tough Big Ten and the Pinstripe Bowl is one of the bowl games that favors teams from the colder, mid-western climates. However, the Spartans were not good against the number for much of the season, and I’m not overly confident laying points with a Spartans team that went 1-7 ATS in their last 8 games, especially against a Wake Forest team that is much better offensively than Michigan State. I think the RPO offense that Wake runs could give the Spartans some trouble, so I’ll take the points with the Demon Deacons in a game that I think Wake Forest wins outright. 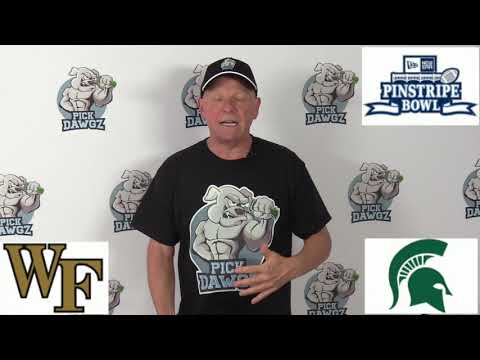