The USC Trojans and the Iowa Hawkeyes meet in college football action from SDCCU Stadium on Friday.

USC comes in here at 8-4 on the season overall. The Trojans last fell to Oregon on November 2, and since then they’ve taken out Arizona State, California and UCLA in their last three games.

In the win over the Bruins, USC’s Kedon Slovis threw for 515 yards with four touchdowns. Stephen Carr led the rush on 87 yards and a score, and Drake London had 142 yards and a TD on eight receptions.

Over on the Iowa side, they’re 9-3 so far. The Hawkeyes are 5-1 over their last six games, with a loss to Wisconsin alongside wins versus Purdue, Northwestern, Minnesota, Illinois and Nebraska.

In the win over the Cornhuskers, Iowa’s Nathan Stanley posted 99 yards and an INT, and Sam LaPorta caught three balls for 37 receiving yards. Tyler Goodson was tops on the rush with 116 yards and a score.

USC had a bit of a mid-season lull this year, and went 1-3 in a four-game stretch with losses to BYU, Washington and Notre Dame. To the Trojans’ credit, two of their four losses this year have been by just three points, but they were drilled by multiple scores in the Washington and Oregon games. USC has put up a combined 93 points over their last two outings however, and hit a nice rhythm in their most recent three games.

Then there’s Iowa, who have been playing it reasonably tight over their last four games, with three of those being decided by four or fewer points (and the Illinois game by nine). Iowa is probably the better all-around team here, but I think USC has enough offensive juice to keep pace—and the Hawkeyes likely won’t score a ton of points anyway. I’m going with the Trojans on the cover. 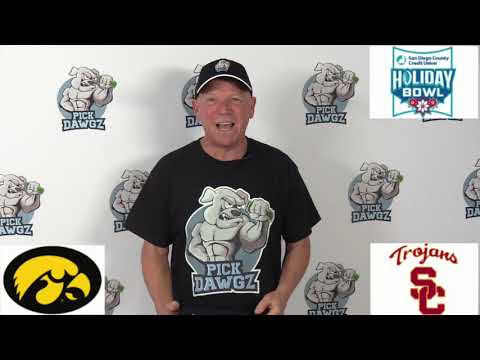