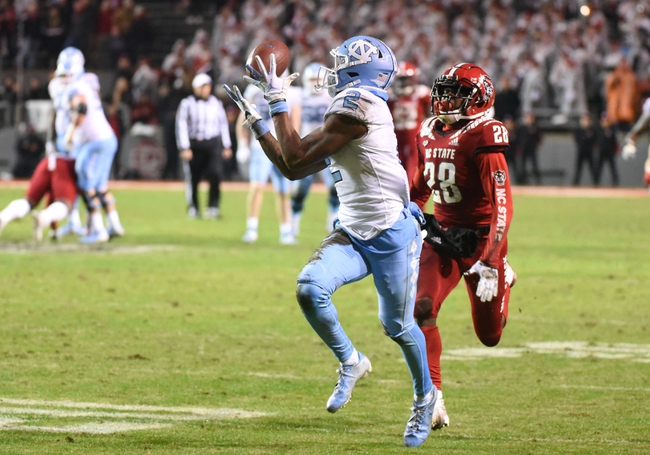 The North Carolina Tar Heels and the Temple Owls meet in the Military Bowl in college football action from Navy-Marine Corps Memorial Stadium.

The North Carolina Tar Heels come into this game representing the ACC after finishing the regular season with an overall record of 6-6, including 4-4 in ACC conference play to finish in a tie for third place in the Coastal division. Sam Howell has thrown for 3,347 yards, 35 touchdowns and 7 interceptions on 60.3% passing while Michael Carter led UNC in rushing with 919 rushing yards and 3 touchdowns while Javonte Williams had 848 rushing yards and 5 rushing TDs. Dyami Brown and Dazz Newsome each had a team-high 947 receiving yards with Brown logging a team-high 11 receiving touchdowns while Newsome had a team-high 64 catches and 8 touchdown catches. Defensively, Chazz Surratt led the Tar Heels with 110 total tackles and 6 sacks while Tomon Fox had 5 sacks and Myles Wolfolk had 3 interceptions. As a team, North Carolina is averaging 469 yards of total offense and 31.3 points per game while allowing 381.9 yards of total defense and 24.6 points per game against this season.

The Temple Owls will look to finish on a high note after ending the year with an overall record of 8-4, including a 5-3 mark in AAC conference play to finish 3rd in the AAC East division. Anthony Russo threw for 2,733 yards, 21 touchdowns and 11 interceptions while Re’Mahn Davis led the Owls with 900 rushing yards and 7 touchdowns while Jager Gardner added 585 rushing yards and 5 touchdowns. Jadan Blue led the Owls with 87 catches for 975 yards and 4 TDs while Branden Mack had 56 grabs for 886 yards and a team-high 7 touchdowns and Isaiah Wright had 47 receptions for 442 yards and 5 TDs. Defensively, Shaun Bradley led the Owls with 79 total tackles while Harrison Hand had 3 interceptions and Quincy Roche had a team-high 13 sacks this season. As a team, Temple is averaging 402.6 yards of total offense and 27.4 points per game while allowing 365 yards of total defense and 23.5 points per game against this season.

I think there’s something to be said for North Carolina in his 1st year in this term as the Tar Heels’ head coach, as UNC might be the best 6-6 team in the country right now. I mean North Carolina hasn’t lost by more than 7 points in any of their games this season, and that includes wins over South Carolina and Miami and a near upset of Clemson. Temple didn’t play the toughest opposition this season, and I just trust Mack Brown coaching in a bowl game more so than I do Rod Carey. I think coach Brown will have his guys ready to go for this one, so I’ll lay the points with the Tar Heels here. 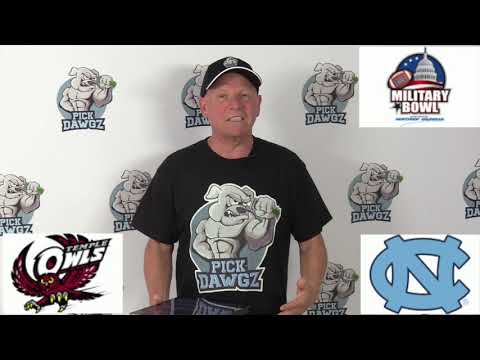