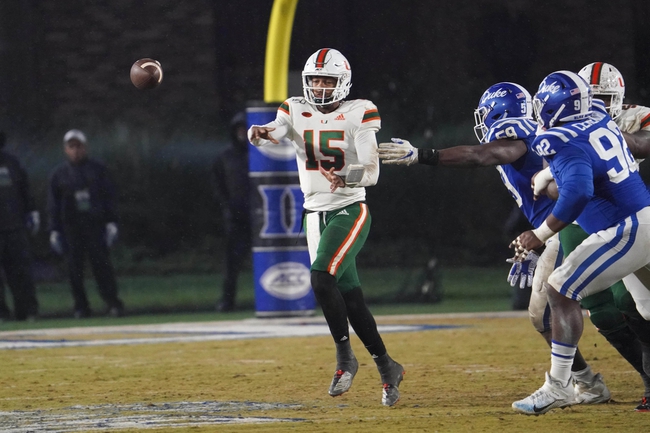 The Louisiana Tech Bulldogs and the Miami Hurricanes meet in the Independence Bowl in College football action from Independence Stadium.

The Louisiana Tech Bulldogs come into this game representing C-USA, finishing with a 9-3 overall record, including a 6-2 mark in C-USA conference play to finish in a tie atop the West division, losing out on a spot in the conference championship game on a tiebreaker with UAB. J’Mar Smith threw for 2,814 yards, 17 touchdowns and 4 interceptions while Justin Henderson led the Bulldogs in rushing with 967 rushing yards and 15 touchdowns. Malik Stanley led LA Tech in receiving with 574 receiving yards while Adrian Hardy had 41 catches for 525 yards and Griffin Hebert added 511 receiving yards and 6 TDs. Cee Jay Powell had 488 receiving yards while Isaiah Graham and Smoke Harris each had 300+ receiving yards for the Bulldogs this year. Defensively, L’Jarius Sneed had a team-high 72 total tackles as well as 3 interceptions while Amik Robertson had 5 picks and Milton Williams had a team-high 4 sacks. As a team, Louisiana Tech is averaging 445.2 yards of total offense and 34 points per game while allowing 393.4 yards of total defense and 23.7 points per game against this season.

The Miami Hurricanes come into this game representing the ACC after finishing the year with a 6-6 record, including a 4-4 mark in ACC conference play to finish tied for 3rd in the Coastal division. Jarren Williams threw for 2,093 yards, 19 touchdowns and 6 interceptions on 62.5% passing while DeeJay Dallas led the ‘Canes in rushing with 693 yards and 8 TDs, but Dallas will miss this game after dislocating his elbow, ending his season. Cam’Ron Harris rushed for 545 yards and 5 touchdowns while Brevin Jordan led Miami with 495 receiving yards. K.J. Osborn had 491 receiving yards with a team-high 45 catches and 5 TDs while Mike Harley had 485 receiving yards and Jeff Thomas and Dee Wiggins each had 300+ receiving yards this season. Defensively, Shaquille Quarterman led the way with 96 total tackles while Gregory Rousseau had 14 sacks this season. As a team, Miami is averaging 379.7 yards of total offense and 27.8 points per game while allowing 307.8 yards of total defense and 20.8 points per game against this season.

I get Miami being favored as the Hurricanes still have a lot of solid depth, but the loss of Dallas for this offense can’t be understated as he was a huge chunk of Miami’s offense this year. Louisiana Tech was just as good defensively as the Hurricanes you could argue, but the Bulldogs have the more consistent offense side by side and at worst I think the Bulldogs can cover this one with the points. 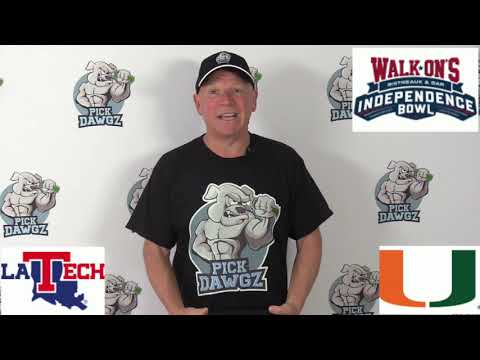