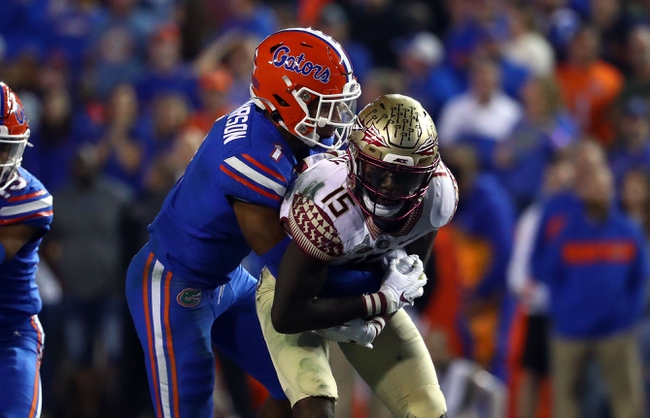 Every year players all over division one FBS football announce that they are not playing in their team’s respective bowl games. These players have decided not to participate for many reasons, but the biggest reason is due to conserving their draft stock in the NFL and staying away from injury. Here are the players not participating so far.

Coe should be a mid-round draft pick in the upcoming NFL draft. In the five games he played in this season, he had 3.0 TFL (tackle for loss), and 15 tackles.

Thomas should be an early first-round pick in the 2020 NFL Draft. Many analysts have him inside the top-ten, and even top-five.

Martin’s draft stock has him close to the early to mid rounds in the NFL Draft. He had 66 tackles, 2.5 TFL, 1.0 sack, 2 INts, and 2 FFs in the eight games that he played in this season.

Lewis should be an early-round draft pick, as most mock draft boards have him being selected in the late 1st to early 2nd round. Lewis had 11.5 TFL and 6.0 sacks in the ten games he played in this season.

Diggs draft stock has him inside the first round in the NFL Draft. He had 3 INTs, and 37 tackles this season in the 12 games he played in.

Akers should be a 3rd-5th round draft pick in the upcoming draft. He had 1,144 rushing yards, 14 rushing TDs, and added 30 receptions and 225 yards receiving with four TD receptions.

Wimbush is one of the only players not playing in a bowl game that is not going to be a guaranteed draft pick. He will most likely be an undrafted free agent, or he could be a late 7th round pick. He was 13 of 24 passing attempts with a 54.2 completion percentage. He had 167 passing yards and notched two passing TDs in his limited playing time.

Dillion will be a mid to late-round draft pick. He had 1,685 rushing yards, 14 TDs rushing and grabbed 13 receptions, 195 receiving yards, and one receiving TD in the 12 games he played in this season.

Aiyuk should be a mid to late-round draft pick, with a very small chance of going undrafted as well. He had 65 receptions with 1,192 receiving yards and 8 receiving TDs in 12 games this season.

Madubuike was a key player for the Aggies this season on defense. Since he had a solid season, he has raised his draft stock to around a 3rd-5th round pick. He had 5.5 sacks, 11.5 TFL, and 45 overall tackles in 12 games.

Dantzler is an early-round projected draft pick, as he should go within the first three rounds. In the 9 games he played in, he had 2 INTs, 2.0 TFL, and 40 tackles.

Hill should be a mid to late-round draft selection. He had a nice season posting 9.5 TFL, 4.5 sacks, and 27 tackles in the 12 games that he played in this season for the Hurricanes.

CJ Henderson was one of Florida’s prized possessions on defense, and he should enjoy an early-round draft selection within the first or second rounds. In 9 games, Henderson had 33 tackles, 3.0 TFL, and 1.0 sacks.

Garvin was a major piece on defense for the Miami Hurricanes this year, but unfortunately, his draft stock is still a bit murky. He could go anywhere in the later rounds, with a chance of being an undrafted free agent. Garvin had 37 tackles, 9.0 TFL, 5 sacks, and 2 FF in 12 games this season.