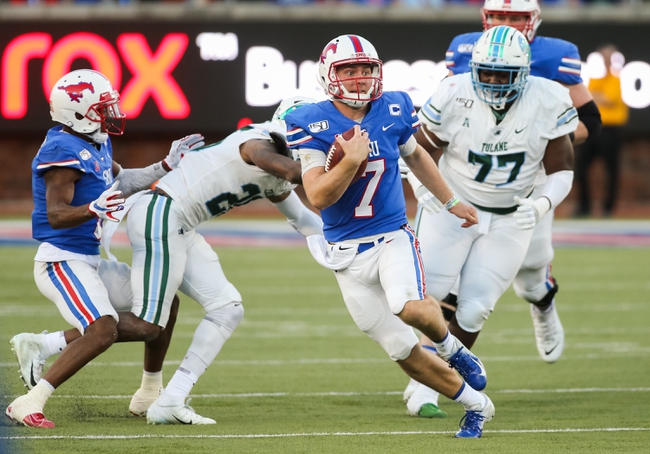 The SMU Mustangs and the FAU Owls meet in the Boca Raton Bowl in college football action from FAU Stadium on Saturday.

The SMU Mustangs come into this game representing the AAC after finishing the regular season with a record of 10-2, including 6-2 in AAC conference play to finish in 3rd in the West division. Shane Buechele led the Mustangs with 3,626 yards, 33 touchdowns and 9 interceptions on 63.2% passing while Xavier Jones rushed for 1,249 yards and 21 rushing TDs. Ke’Mon Freeman also chipped in 465 rushing yards while James Proche led the Mustangs in receiving with 102 catches for 1,139 yards and 14 touchdowns. Reggie Robinson Jr. added 43 catches for 803 yards and 6 scores while Kylen Granson added 628 receiving yards and 9 touchdowns. Defensively, Richard McBride led the Mustangs with 87 total tackles while Rodney Clemons had 4 interceptions. Patrick Nelson led SMU with 12 sacks while Delontae Scott added 10 sacks for the Mustangs this season. As a team, SMU averaged 495.3 yards of total offense and 43 points per game while allowing 438.6 yards of total defense and 31.8 points per game against this season.

The FAU Owls come into this game repping C-USA, finishing the year with a 10-3 overall mark, including a 7-1 record in C-USA conference play, finishing at the top of the East division and booking their spot in the conference championship game. A game that saw the Owls rout UAB by a final score of 49-6. Chris Robison threw for 3,396 yards, 26 touchdowns and 6 interceptions on 60.8% passing while Malcolm Davidson led the Owls in rushing with 711 rushing yards and 9 touchdowns. Harrison Bryant led FAU with 65 catches for 1,004 yards and 7 touchdowns while Deangelo Antoine had 771 receiving yards. Tavaris Harrison added 523 receiving yards and John Mitchell added 35 grabs for 461 yards. Defensively, Akileis Leroy led the Owls with 101 total tackles and 7.5 sacks with 3 interceptions while Meiko Dotson had 9 interceptions in the regular season. As a team, FAU is averaging 443.5 yards of total offense and 35.2 points per game while allowing 371.3 yards of total defense and 22.3 points per game against this season.

I’m having a hard time turning down the free field goal with FAU as this is a home game for the Owls and you have to think that FAU is going to be playing with a chip on their shoulder to show Lane Kiffin that he made the wrong choice by leaving the program to coach Ole Miss. However, I don’t know how confident I am in the Owls under an interim coach while the Mustangs are as talented as they’ve been in some time and I just think it speaks volumes that the Mustangs are favored despite this, for all intents and purposes, being a road game. I’ll lay the points with SMU in what could be the game of the day.

Get Premium Picks Start Winning Now »
The pick in this article is the opinion of the writer, not a PickDawgz site consensus.
Previous Pick
Georgia Southern vs. Liberty - 12/21/19 College Football Cure Bowl Pick, Odds, and Prediction
Next Pick
Arkansas State vs. FIU - 12/21/19 College Football Camellia Bowl Pick, Odds, and Prediction 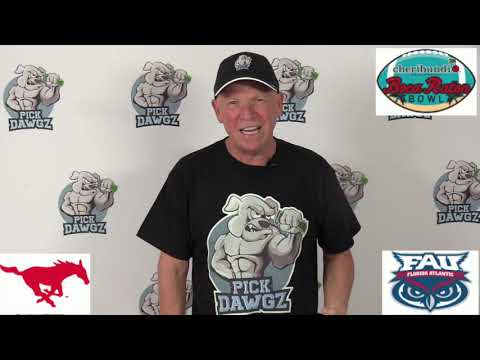