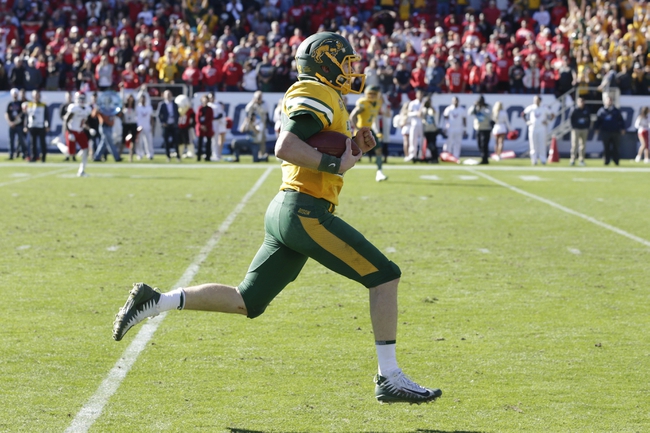 The Montana State Bobcats and North Dakota State Bison meet Saturday in the college football FCS Semifinals at the Fargodome.

The Montana State Bobcats are riding a six-game winning streak and should have revenge on their mind considering last season ended with a blowout loss at the Fargodome. The North Dakota State Bison rarely lose at home and their defense has allowed a combined 16 points in their first two playoff games. North Dakota State should obviously be a decent favorite based on reputation, but that offense did not look good last week and it's tough to lay big chalk with a passing game that did little to nothing. The Montana State Bobcats have the ground game to play keep away and their defense has allowed 17 or less points in six of their last seven games. This could be another low scoring, physical contest. I want the two free touchdowns and the hook could be the deciding factor.

Get Premium Picks Start Winning Now »
The pick in this article is the opinion of the writer, not a PickDawgz site consensus.
Previous Pick
Alcorn State vs. North Carolina A&T - 12/21/19 College Football Pick, Odds, and Prediction
Next Pick
Georgia Southern vs. Liberty - 12/21/19 College Football Cure Bowl Pick, Odds, and Prediction