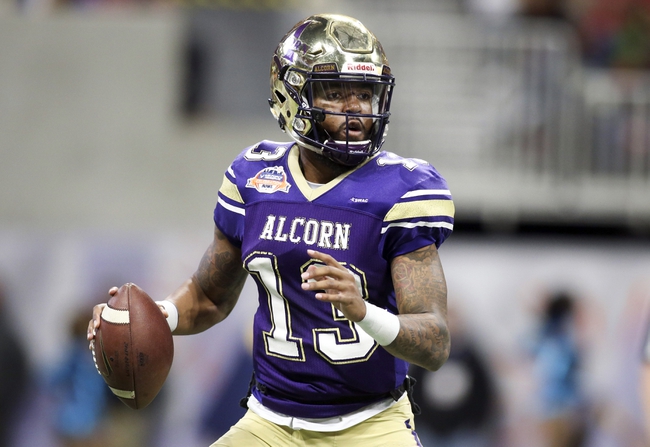 The Alcorn State Braves and the North Carolina A&T Aggies meet in college football action from Mercedes-Benz Stadium on Saturday.

The Braves enter this one at 9-3 on the year. Since their most recent loss to Grambling, Alcorn State has won their last three versus Alabama A&M, Jackson State and Southern U.

In the win over the Jaguars, Alcorn State QB Felix Harper threw for 226 yards, one TD and three INTs, and Niko Duffey led the rush with 63 yards. LeCharles Pringle added 145 yards and a TD on five catches there.

Over on the North Carolina A&T side, they’re 8-3 this season. The Aggies are 4-1 in their last five games, falling to Morgan State but otherwise taking out Howard, SC State, B-CU and NC Central.

Alcorn State posted a pretty bland three quarters of football against Southern. The Braves were behind 17-16 before exploding for 23 points in the fourth quarter, and overall their offense wasn’t great (aside from Pringle). Still, it was a win, and Alcorn State has proved themselves as a solid team since stumbling out of the gate at 1-2.

As for NC A&T, they’ve had a few choppy outings over their last six games or so, but they’ve been close in their losses and bagged 101 combined points across their last two appearances. This should be a really fun matchup; I’m going with the Aggies to eke out a cover but probably staying away.