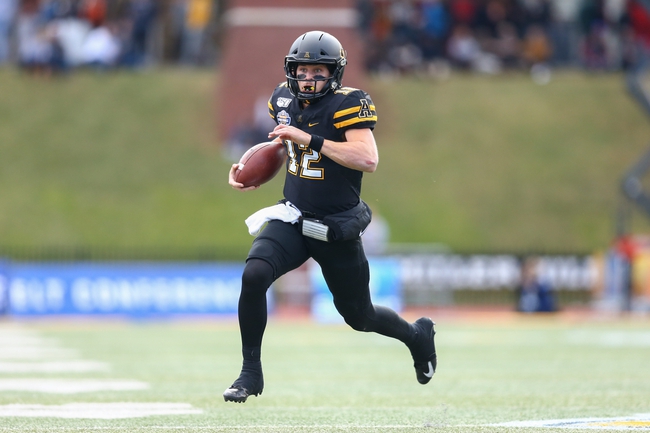 The Appalachian State Mountaineers and the UAB Blazers meet in the New Orleans Bowl in college football action from the Mercedes-Benz Superdome on Saturday.

The Appalachian State Mountaineers come into this game with an overall record of 12-1, including a 7-1 mark in Sun Belt conference play, winning the Sun Belt East division and booking a spot in the conference championship game, a game that the Mountaineers defeated Louisiana by a score of 45-38. Zac Thomas has thrown for 2,576 yards, 26 touchdowns and 6 interceptions on 63.3% passing while Darrynton Evans led App State in rushing with 1,323 yards and 17 touchdowns and Marcus Williams Jr. had 598 rushing yards with 5 touchdowns. Thomas Hennigan led the Mountaineers with 58 catches for 723 yards and 4 TDs while Corey Xavier Sutton had 601 receiving yards and a team-high 7 TDs and Malik Williams had 579 receiving yards and 4 TDs as well. Defensively, Jordan Fehr led the Mountaineers with 96 total tackles while Akeem Davis-Gaither had 92 total tackles and 4.5 sacks. Shaun Jolly led Appalachian State with 5 interceptions while Demetrius Taylor had a team-high 7 interceptions. As a team, Appalachian State is averaging 435.5 yards of total offense and 39.4 points per game while allowing 335.9 yards of total defense and 20.2 points per game against this season.

The UAB Blazers come into this game representing C-USA, finishing the year with an overall record of 9-4, including 6-2 in C-USA conference play to finish atop the C-USA West division, winning out on a tiebreaker to book their spot in the conference championship game, a game that UAB lost to FAU by a final score of 49-6. Tyler Johnston III led the Blazers with 1,952 yards, 15 touchdowns and 14 interceptions on 58.1% passing while Spencer Brown led UAB in rushing with 527 rushing yards and 5 rushing touchdowns. Jermaine Brown Jr. and Lucious Stanley each had 400+ rushing yards for the Blazers this year. Austin Watkins led UAB in receiving with 47 catches for 933 yards and 5 touchdowns while Kendall Parham had 29 grabs for 608 yards and 6 touchdowns and Myron Mitchell had 34 catches for 554 yards and 4 scores. Defensively, Kristopher Moll led the Blazers with 95 total tackles while chipping in 9 sacks while Jordan Smith had a team-high 10 sacks this season. As a team, UAB is averaging 352.9 yards of total offense and 23.6 points per game while allowing 295.2 yards of total defense and 20.8 pints per game against this season.

This is a lot of points to be giving up in a bowl game, but the issue is that App State just puts up big enough numbers that the Mountaineers cover these kind of lines more often than not. UAB got throttled in the conference championship game and Appalachian State is just a much better team that FAU, so I’ll lay the points with App State here. 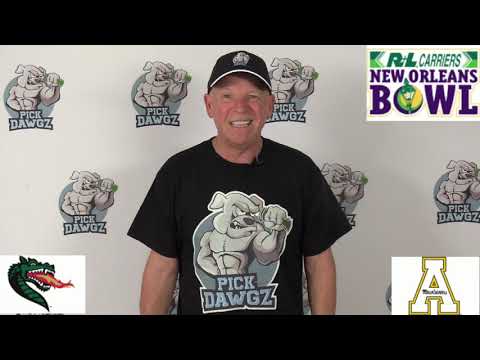