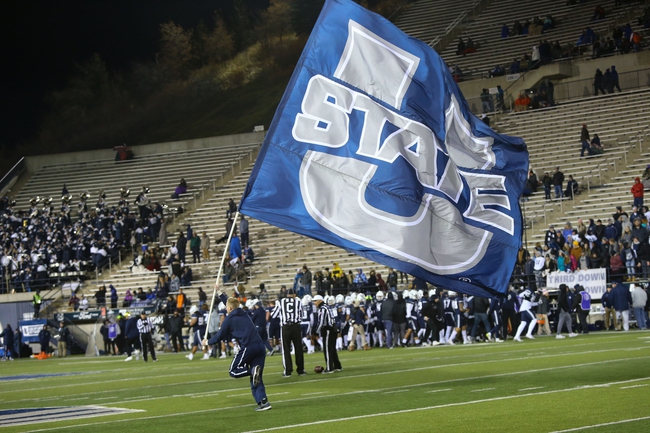 The Utah State Aggies and the Kent State Golden Flashes meet in the college football Frisco Bowl from Toyota Stadium.

Utah State sits at 7-5 on the season. The Aggies are 3-3 in their last six, falling to Air Force, BYU and Boise State but winning versus Fresno State, Wyoming and New Mexico.

In the win over the Lobos, Utah State’s Jordan Love posted 172 yards with three TDs and one INT, and Gerold Bright had 113 yards and a score rushing. Siaosi Mariner managed 55 yards and a TD on three receptions.

Over on the Kent State side, they’re 6-6 this year. The Golden Flashes had lost three straight versus Ohio, Miami-OH and Toledo but have since won over Buffalo, Ball State and Eastern Michigan.

In the win over EMU, Kent State QB Dustin Crum had 197 yards passing, and Xavier Williams added 79 yards and a TD. Isaiah McKoy put up 83 yards on five receptions there as well.

Utah State is 3-1 in their last four games, with the lone outlier being the Boise State game where they got spanked 56-21. Aside from that the Aggies’ wins haven’t quite been inspiring; they beat Fresno by two points, Wyoming by five, and a bad Aggies team by 13. They’re still Ws, but meh.

Kent State has had a pretty sketchy record finishing out the season as well, and they’re keeping things close. Each of the Flashes’ last six games have been decided by eight points or fewer, including a 30-27 win over a pretty good Buffalo team last month.

In any case, the cover here will probably come down to the wire as well; I like Kent State’s ATS rhythm a little better right now but I don’t think I’ll mess with this one. 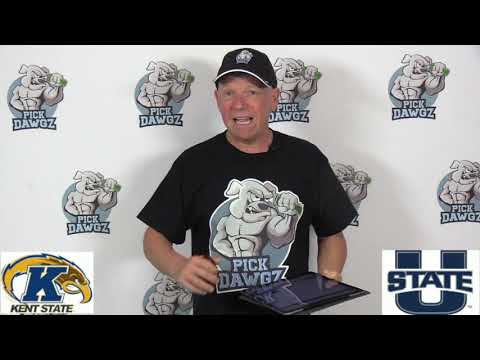