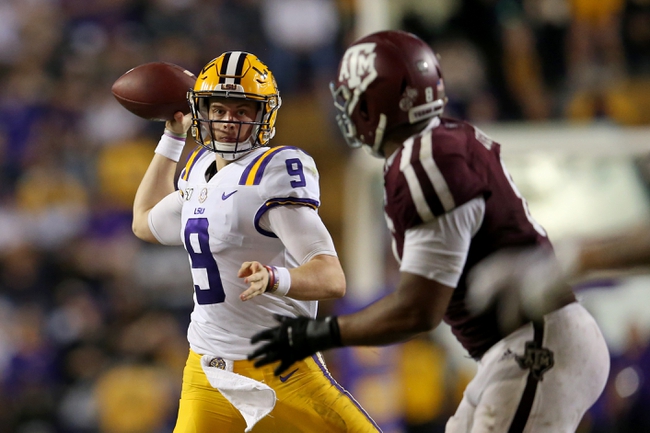 The Georgia Bulldogs and the LSU Tigers meet in the SEC Conference championship game in college football action from Mercedes-Benz Stadium on Saturday.

The Georgia Bulldogs come into the conference championship game representing the SEC East division after finishing with an 11-1 record including a 7-1 mark in conference play with the lone loss being the shock 20-17 defeat to South Carolina. Jake Fromm has thrown for 2,385 yards, 21 touchdowns and 3 interceptions on 62% passing while D’Andre Swift leads the Bulldogs on the ground with 1,203 rushing yards and 7 TDs. Brian Herrien has 466 rushing yards and 6 touchdowns while Zamir White has 311 rushing yards as well for Georgia. George Pickens leads the Bulldogs in receiving with 33 catches for 498 yards and 6 touchdowns while Lawrence Cager has 478 receiving yards and 4 touchdowns. Dominick Blaylock and Demetris Robertson each have 200+ receiving yards for the Bulldogs this season. Defensively, Monty Rice leads Georgia with 79 total tackles while Azeez Ojulari has 4.5 sacks this season. As a team, Georgia is averaging 421.5 yards of total offense and 32.9 points per game while allowing 257.3 yards of total defense and 10.4 points per game against this season.

The LSU Tigers enter the conference championship game with a perfect 12-0 record, representing the SEC West with an 8-0 mark in conference play this season. Joe Burrow has thrown for 4,406 yards, 44 touchdowns and 6 interceptions on 78.3% passing while Clyde Edwards-Helaire leads the Tigers on the ground with 1,233 rushing yards and 16 rushing TDs. Ja’Marr Chase leads LSU in receiving with 1,457 yards and 17 touchdowns while Justin Jefferson has a team-high 81 grabs for 1,092 yards and 13 TDs. Terrace Marshall Jr. and Thaddeus moss each have 400+ receiving yards for LSU this season as well. Defensively, Jacob Phillips leads LSU with 95 total tackles while Derek Stingley Jr. has a team-leading 4 interceptions this season. As a team, LSU is averaging the 2nd-most potent offense in the nation, averaging 561.6 yards of total offense and 48.7 points per game while allowing 346.7 yards of total defense and 22.1 points per game against this season.

I really like what LSU has brought to the table this season, as the offense has been spectacular and the defense has been pretty good too. However, Georgia needs this game to pretty much ensure their spot in the national playoffs, and as much as this is a “neutral site” game, the reality is that Mercedes Benz Stadium is just over an hour from Georgia’s campus, so you can expect a massive Georgia fan contingent in attendance for this one. I just think that this is going to be a completely new environment for Joe Burrow while Jake Fromm and the Bulldogs have been there before. I’ll take Georgia and the points and just based on the magnitude of what a win would mean for the Bulldogs, I’ll put a bit on the money line as well. 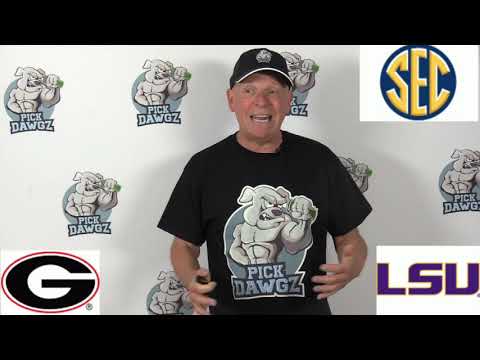