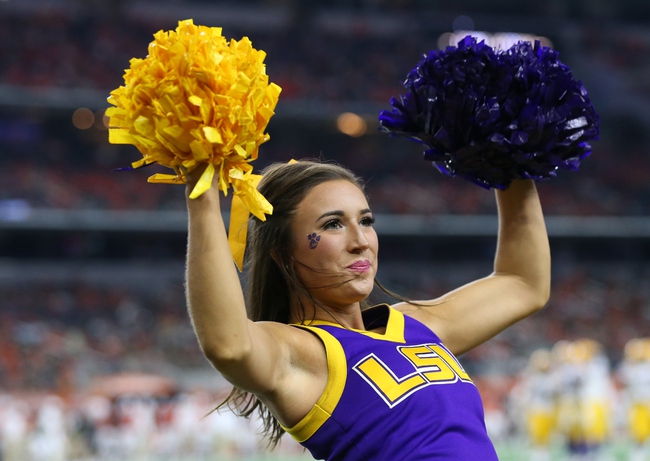 The Georgia Bulldogs and the LSU Tigers meet in the SEC Championship in college football action from Mercedes-Benz Stadium on Saturday.

Georgia enters this one at 11-1 overall. Since falling in OT to South Carolina, the Bulldogs have taken out Kentucky, Florida, Missouri, Auburn, Texas A&M and Georgia Tech.

In the Georgia Tech game, Georgia QB Jake Fromm logged 254 yards and four TDs, and D’Andre Swift had 73 yards rushing. Tyler Simmons led the receivers with 52 yards and a TS on three grabs.

In the Aggies win, LSU quarterback Joe Burrow logged 352 yards and three scores. Clyde Edwards-Helaire had 87 yards and a score, while Ja’Marr Chase caught seven balls for 197 and two TDs.

Georgia’s defense is on point right now. Over their last six games, the Bulldogs have allowed 17 or fewer points to every opponent, and beaten two ranked teams during that run. The Bulldogs have gotten by with a pretty solid offense, but they’ll be tested by LSU here.

The Tigers have been lighting up the scoreboard over their last four games, drilling 46 or more points in every outing. I don’t think LSU will be on such a tear here, but I do like the Tigers to cover.