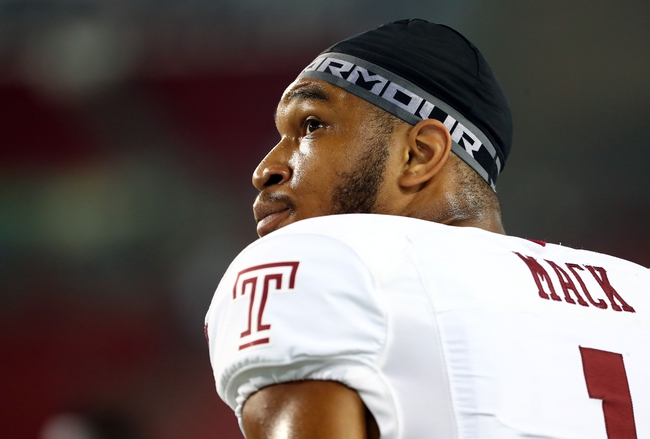 The Temple Owls look for an eighth win after splitting their last six games. The Temple Owls have won five of their last six home games. Anthony Russo is completing 58.5 percent of his passes for 2,486 yards, 19 touchdowns and 11 interceptions. Russo has 12 touchdown passes and nine interceptions in his last nine games. Jaden Blue and Branden Mack have combined for 1,638 receiving yards and eight touchdowns while Isaiah Wright has 46 receptions. The Temple Owls ground game is averaging 131.2 yards per contest, and Re'Mahn Davis leads the way with 795 yards and six touchdowns. Defensively, Temple is allowing 24.1 points and 368.4 yards per game. Shaun Bradley leads the Temple Owls with 74 tackles, Quincy Roche has 11 sacks and Harrison Hand has three interceptions.

The UConn Huskies are 3-5 ATS in their last eight games as a double-digit underdog. The Temple Owls are 3-3 ATS in their last six games as a double-digit favorite. The UConn Huskies put together an honest effort to beat East Carolina on senior day, and while they covered, they came up short of a victory, and that can lead to a flat performance the very next week. The Temple Owls are far more profitable in the underdog role, but UConn is a big underdog weekly and rarely covers. The number is steep, but it's Temple or pass. We cashed on UConn last week, but I'm running back to that well.