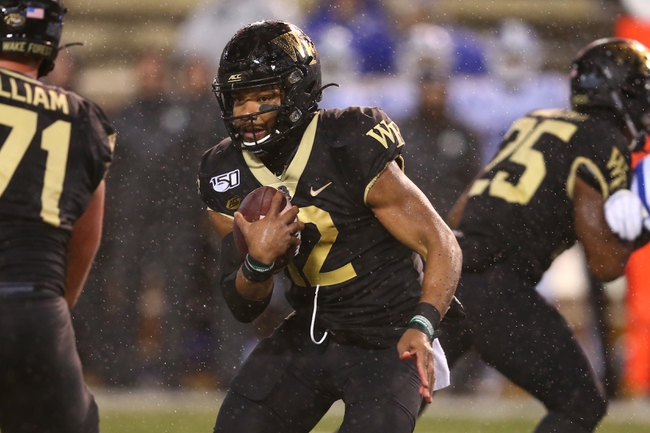 The Wake Forest Demon Deacons and the Syracuse Orange meet in college football action at Carrier Dome on Saturday.

Wake Forest sits at 8-3 on the year. The Demon Deacons had consecutive losses going to Virginia Tech 36-17 and Clemson 52-3 but took out Duke in their last appearance 39-27.

In the win over the Devils, Wake Forest QB Jamie Newman put up 284 yards with one TD and also led the rush with 144 yards and a TD. Kendall Hinton was tops in receiving there with six grabs for 189 yards and a TD.

Over on the Syracuse side, they’re 4-7 this year. The Orange are 1-5 in their last six games, taking out Duke but falling to NC State, Pitt, Florida State, Boston College and Louisville otherwise.

In the loss to the Cards, Syracuse QB Tommy Devito had 153 yards and two TDs, and Moe Neal rushed for 163 yards and a score. Jawhar Jordan led the receivers with two catches for 87 yards in that one.

Realistically, Wake didn’t have much of a chance against Virginia Tech or Clemson in those road games, and it showed in the final scores. That said, the Deacons have been pretty solid in their other games—at least competitive—and they’ve put together a solid season and a sneaky-good team.

As for Syracuse, they’ll put together a pretty coherent effort here and there, but for the most part they’re struggling right now. When they score, they give up more on the other end. When they’re tight on defense, they can’t find the end zone. It’s a lose/lose this year.

In any case, I can’t think of a lot of reasons not to take the Demon Deacons here, so I’m not going to get fancy. 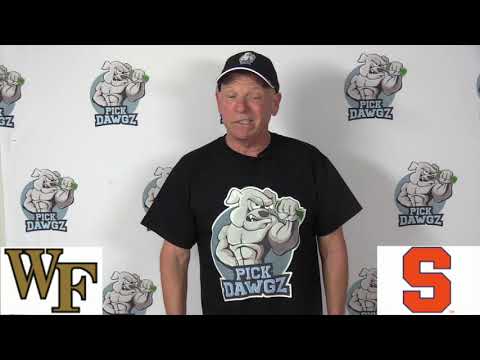