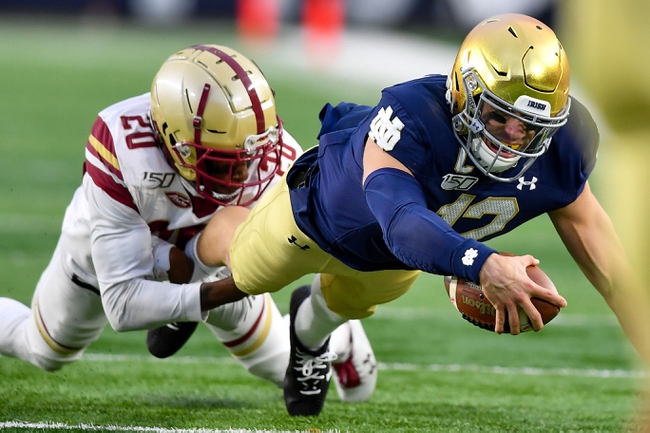 The Notre Dame Fighting Irish and the Stanford Cardinal meet in college football action from Stanford Stadium on Saturday afternoon.

The Notre Dame Fighting Irish will look to finish strong and put up their 10th win of the year after improving to 9-2 with a 40-7 thrashing of Boston College in their last outing. Ian Book threw for 239 yards and 3 touchdowns on 26 of 40 passing while also leading the Irish on the ground with 66 rushing yards while Braden Lenzy and Tony Jones Jr. each had 61 rushing yards with Lenzy’s damage coming on a 61-yard TD scurry as his lone carry in the game. Cole Kmet, Chris Finke and Chase Claypool each had 7 receptions and a touchdown with Kmet logging 78 yards, Finke 71 and Claypool 60 in the win. Defensively, Drew White recovered a fumble and Kyle Hamilton came down with an interception while Asmar Bilal led the Irish with 8 total tackles. As a team, Notre Dame is averaging 430.1 yards of total offense and 36.4 points per game while allowing 319.4 yards of total defense and 18.2 points per game against this season.

The Stanford Cardinal will look to finish the year on a high note after losing their 3rd straight game with a 24-20 loss to Cal last time out. Davis Mills threw for 283 yards, a touchdown and 2 interceptions on 26 of 35 passing while Cameron Scarlett led the Cardinal in rushing with 31 rushing yards and a touchdown. Michael Wilson led Stanford with 6 catches for 63 yards while Colby Parkinson had 60 receiving yards and Simi Fehoko added 55 receiving yards. Defensively, Andrew Pryts led the Cardinal with 10 total tackles including a team-high 6 solo tackles while Curtis Robinson and Jovan Swann each had a sack. As a team, Stanford is averaging 365.1 yards of total offense and 21.5 points per game while allowing 428.9 yards of total defense and 28.5 points per game against this season.

It may be too little too late, but Notre Dame is playing like a team on a mission right now, and the Irish are just beating the crap out of teams left and right. That’s not good for a Stanford team that’s having issues keeping a starting QB on the field and has nothing left but pride to play for at this point. Stanford’s going to have their senior day here, but I just think in the end, the Irish ruin the party and win this one handily so I’ll lay the points with Notre Dame in this one. 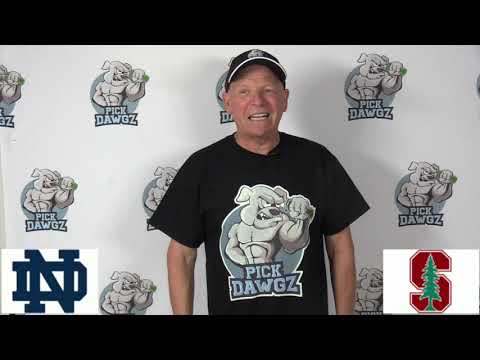