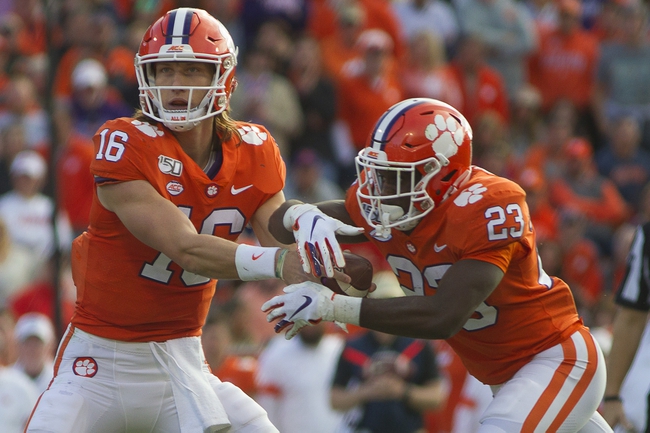 The Clemson Tigers and the South Carolina Gamecocks meet in the Palmetto Bowl in college football action from Williams-Brice Stadium on Saturday afternoon.

The Clemson Tigers will look to remain perfect after improving to 11-0 in their last outing with a 52-3 romp over Wake Forest. Trevor Lawrence threw for 272 yards and 4 touchdowns on 21 of 27 passing while Chase Brice stepped in and threw for 76 yards, a touchdown and an interception on 5 of 8 passing. Travis Etienne led the Tigers wth 121 rushing yards and a touchdown on 16 carries while Lyn-J Dixon had 34 rushing yards and a touchdown. Tee Higgins led the Tigers with 4 catches for 64 yards and 3 touchdowns while Dixon had 62 receiving yards and Diondre Overton had 4 grabs for 52 yards. Joe Ngata and Frank Ladson Jr. each had a touchdown reception here. Defensively, A.J. Terrell and Tanner Muse each had an interception while James Skalski added a team-high 7 total tackles. As a team, Clemson is averaging 543.1 yards of total offense and 45.9 points per game while allowing 238.2 yards of total defense and 10.7 points per game against this season.

The South Carolina Gamecocks will look to rebound from back-to-back losses after a 30-6 loss to Texas A&M in their last outing. Ryan Hilinski threw for 175 yards on 16 of 41 passing while the Gamecocks combined to rush for 45 rushing yards on 17 carries. Kyle Markway led the Gamecocks with 5 catches for 47 yards while Chad Terrell had 45 receiving yards and Shi Smith added 41. Defensively, Jammie Robinson had a team-high 15 total tackles with 12 solo tackles while Ernest Jones had 13 total tackles and J.T. Ibe added 12 total tackles and Kingsley Enagbare had 1.5 sacks. As a team, South Carolina is averaging 389.9 yards of total offense and 24.2 points per game while allowing 381.2 yards of total defense and 25 points per game against this season.

This feels like a lot of points to be laying in a rivalry game on the road. And by all intents and purposes, it is. However, Clemson is outscoring their opponents by over 35 points per game this season and since their scare against North Carolina, Clemson has scored at least 45 in all of the games and given up no more than 14. Clemson’s simply the most dominant team in the country right now in my opinion and I don’t think that South Carolina will have the answers to keep this one close so I’ll lay the points with Clemson in what I end up seeing as another rout. 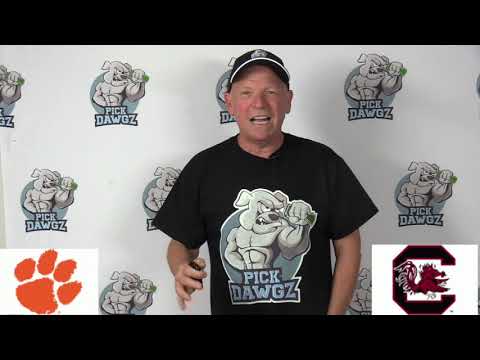