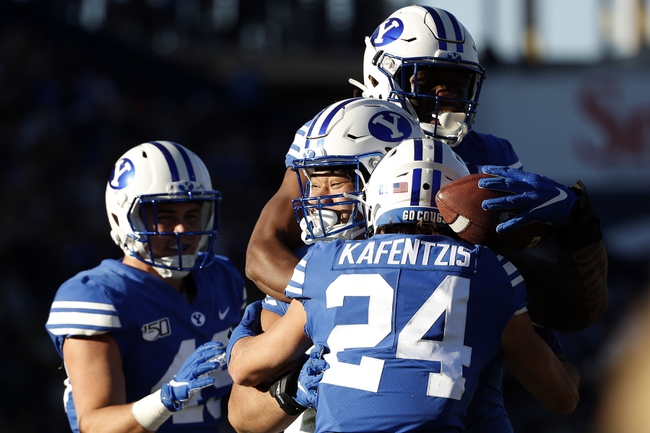 The BYU Cougars and the San Diego State Aztecs meet in college football action from Qualcomm Stadium on Saturday.

BYU enters this one at 7-4 overall. The Cougars have won their last five straight games, taking out Boise State, Utah State, Liberty, Idaho State and UMass during that stretch.

In the win over the Minutemen, BYU’s Zach Wilson tossed for 293 yards and four scores, while Jackson McChesney had 228 yards and two scores on the ground. Talon Shumway led the receivers there with 92 yards and a TD.

Over on the San Diego State side, they’re 8-3 this year. The Aztecs are just 1-2 over their last three games however, getting a win over Fresno State and falling to Nevada and Hawaii in that time.

In the loss to the Warriors, SDSU’s Ryan Agnew put up 229 yards passing, and Chase Jasmin had 37 yards on the ground. Tops in receiving there was Kobe Smith on 74 yards from six catches.

BYU looks like they’ve found their rhythm and are playing great football right now. They’ve posted at least 31 points in each of their last four games, and hit at least 42 points in three of those outings. Defensively they’re looking good as well, not allowing more than 24 points in any of their last four.

This is an interesting matchup in the classic defense vs. offense sense. I’m going to go with BYU to eke out a cover but it should be a really great game.

Get Premium Picks Start Winning Now »
The pick in this article is the opinion of the writer, not a PickDawgz site consensus.
Previous Pick
Oklahoma State vs. Oklahoma - 11/30/19 College Football Pick, Odds, and Prediction
Next Pick
Arizona State vs. Arizona - 11/30/19 College Football Pick, Odds, and Prediction 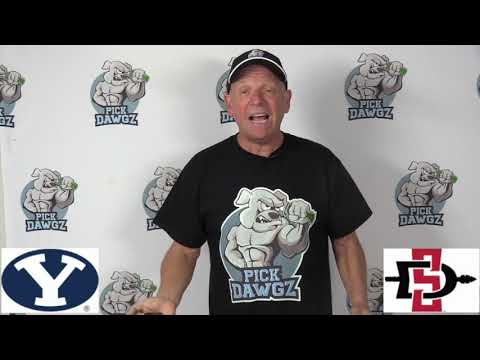