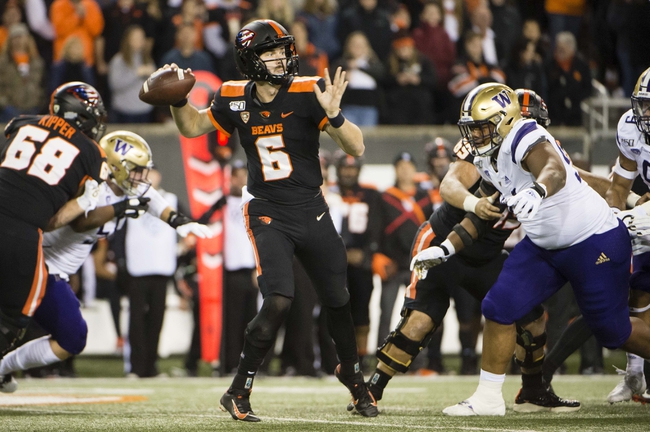 The Oregon State Beavers and the Oregon Ducks meet in the 123rd installment of college football’s Civil War from Autzen Stadium on Saturday afternoon.

The Oregon State Beavers will look for a huge road win to get back to .500 and become bowl eligible after falling to Washington State by a final score of 54-53 in their last outing. Jake Luton threw for 408 yards, 5 touchdowns and an interception on 22 of 40 passing while Jermar Jefferson had 132 rushing yards and a pair of touchdowns on the ground. Champ Flemings led Oregon State with 4 receptions for 110 yards and a touchdown while Noah Togiai had a team-high 5 catches for 67 yards and a touchdown. Isaiah Hodgins added 5 grabs for 65 yards while the aforementioned Jefferson had a pair of TD grabs and Teagan Quitoriano had a touchdown reception as well. Defensively, Andre Bodden had a fumble recovery while Avery Roberts led the Beavers with 10 total tackles including 8 solo tackles. Omar Speights, John McCartan and Nahshon Wright each had an interception as well in the loss. As a team, Oregon State is averaging 414.9 yards of total offense and 33.1 points per game while allowing 453 yards of total defense and 33.3 points per game against this season.

The Oregon Ducks will look to rebound after slipping up against Arizona State in their last outing by a final score of 31-28 as 13-point road favorites. Justin Herbert threw for 304 yards, 2 touchdowns and 2 interceptions on 20 of 36 passing while CJ Verdell led the Ducks with 99 rushing yards on 18 carries. Travis Dye added 58 rushing yards while Cyrus Habibi-Likio had a pair of rushing touchdowns. Johnny Johnson III led Oregon’s receiving group with 10 catches for 207 yards and a pair of touchdowns. Defensively, Troy Dye led the Ducks with 13 total tackles while Austin Faoliu had 1.5 sacks. As a team, Oregon is averaging 463.3 yards of total offense and 36.9 points per game while allowing 328.6 yards of total defense and 16.3 points per game against this season.

I get Oregon being favored at home as the Ducks will probably have some frustration to take out after slipping up against Arizona State and watching their hopes of making the national playoffs go up in smoke with it. The Ducks have also won the last two meetings by a combined score of 124-25. However, this Oregon State team is better than what the Beavers put out in those two games, and the Beavers need a win here to become bowl eligible. The Beavers are also 5-0 ATS on the road this season, and part of me wonders if the Ducks will be able to get up for this game knowing that they have a date to make amends in the Pac-12 championship game coming up. I’ll take a shot with Oregon State and the points here. 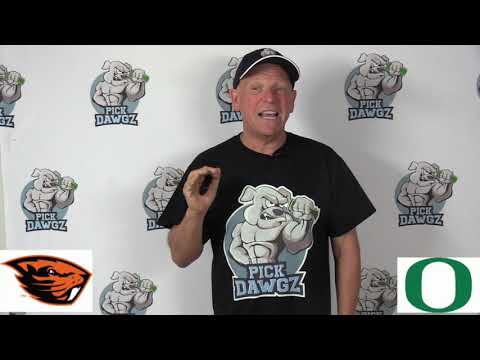