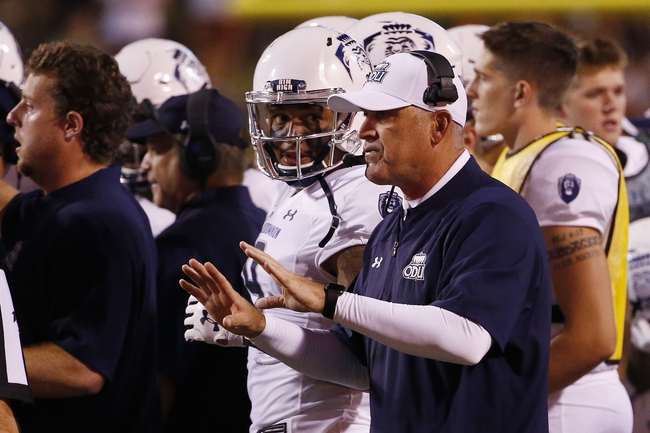 The Charlotte 49ers and the Old Dominion Monarchs meet in college football action from Foreman Field on Saturday.

The 49ers are 6-5 this year. Charlotte is sitting on a four-game win streak right now, taking out North Texas, Middle Tennessee, UTEP and Marshall during that stretch.

In the win over the Herd, Charlotte QB Chris Reynolds put up 166 yards, a TD and two picks while also rushing for 145 yards and a score. Victor Tucker led the receivers there on 121 yards and a TD off five grabs.

Over on the Old Dominion side, they’re 1-10 this year. Over their last five games, the Monarchs have fallen to Florida Atlantic, UAB, FIU, UTSA and Middle Tennessee.

In the loss to Middle Tennessee, Monarchs QB Hayden Wolff put up 321 yards with a TD and a pick, while Robert Washington rushed for 44 yards and a score. Aaron Moore managed 194 yards and a TD off 14 catches there.

Charlotte has been pretty solid all around during this win streak. They’ve put up at least 24 in each game, and at least 34 in two games. Defensively they’ve been all over the place—and that applies to this season as well—but they’ve kept things in check recently.

As for Old Dominion, they really haven’t gotten their offense going much at all this year, and it’s showing in their record. The Monarchs have 40 combined points in their last pair, and I don’t see them doing much here either. I’m going Charlotte on the cover.