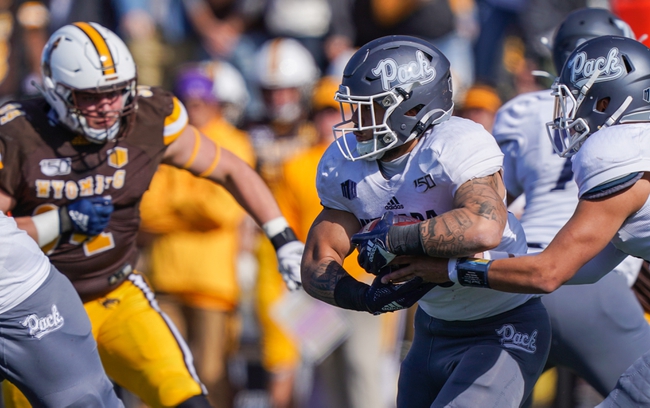 Where to Watch: MWC Stream live sports and exclusive originals on ESPN+. Sign up now!

The UNLV Rebels could use a feel good win after losing eight of their last 10 games. The UNLV Rebels have lost four of their last five road games. Armani Rogers is completing 51.9 percent of his passes for 393 yards, two touchdowns and three interceptions. Rogers and Kenyon Oblad have combined for 17 touchdowns and 12 interceptions. Randal Grimes and Noah Bean have combined for 1,032 receiving yards and nine touchdowns while Giovanni Fauolo Sr. has 21 receptions. The UNLV Rebels ground game is averaging 166.8 yards per contest, and Charles Williams leads the way with 1,119 yards and 10 touchdowns. Defensively, UNLV is allowing 33.3 points and 440.8 yards per game. Rayshad Jackson leads the UNLV Rebels with 91 tackles, Bryce Jackson has two sacks and Jericho Flowers has four interceptions.

The UNLV Rebels are 4-4-1 ATS in their last nine games as a road underdog. The Nevada Wolf Pack are 4-4-1 ATS in their last nine games as a home favorite. The UNLV Rebels beat up on San Jose State last week, but you remove that game and this is a team that can't score and struggles to get off the field defensively. The Nevada Wolf Pack have a lot of momentum after back-to-back road victories and will be up for this game with 20 seniors on the roster saying their goodbyes. I just haven't seen enough from the UNLV Rebels that suggests they can hang around in this contest.