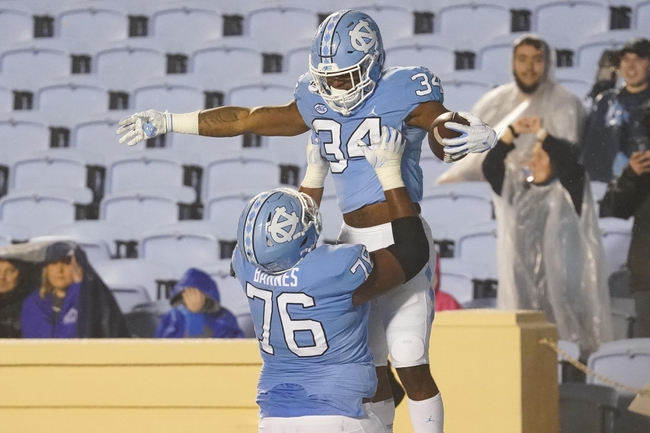 The North Carolina Tar Heels and the NC State Wolfpack meet in college football action from Carter-Finley on Saturday.

UNC comes into this one at 5-6 so far. The Tar Heels had lost consecutive games to Virginia 38-31 and Pittsburgh 34-27 before their last outing, a win over Mercer 56-7.

In the win over the Bears, North Carolina QB Sam Howell posted 152 yards with three scores, and Michael Carter had 159 yards and three scores rushing. Dyami Brown’s three receptions for 83 yards and a TD led the receivers there.

Over on the NC State side, they’re 4-7 this year. The Wolfpack are on a five-game losing streak right now, falling to Boston College, Wake Forest, Clemson, Louisville and Georgia Tech in that time.

In the loss to the Jackets, NC State QB Devin Leary managed 227 yards and a TD, while Zonovan Knight had 100 yards and a TD rushing. Tabari Hines was the lead receiver there with 88 yards on four grabs.

North Carolina had been due for a breakout game for a while, as they’ve been highly competitive for pretty much the entire year. A few unlucky breaks and matchups with some tough teams have dampened their prospects, but overall they’ve hung in there and done a pretty good job this season.

NC State went through an offensive lull there for a few games, but even the 26 points against Georgia Tech wasn’t enough to get something going win-wise. I can’t think of a whole lot of reasons not to stick with the Tar Heels in this one. 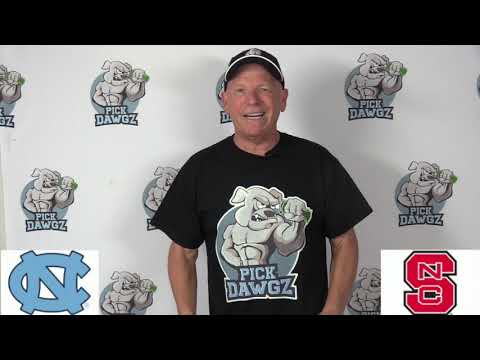