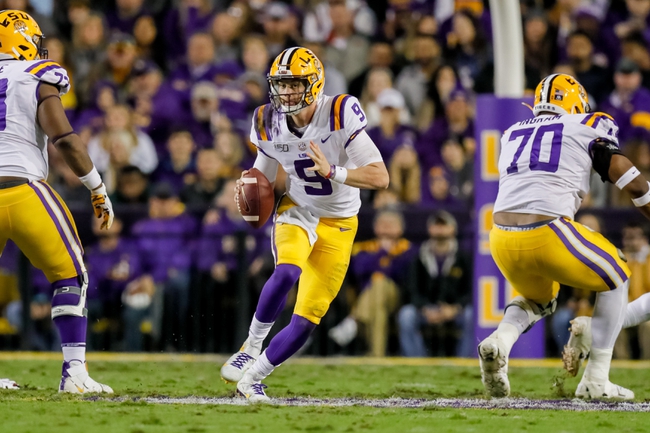 The Texas A&M Aggies and the LSU Tigers meet in a week 14 SEC conference college football tilt from Tiger Stadium on Saturday night.

The Texas A&M Aggies will look to bounce back and finish strong after a 19-13 loss to Georgia in their last outing. Kellen Mond threw for 275 yards and a touchdown on 25 of 42 passing while Jhamon Ausbon was Mond’s primary target with 9 catches for 96 yards and a touchdown. Quartney Davis had 5 grabs for 64 yards while Kendrick Rogers and Jalen Wydermyer each had 40+ receiving yards. Defensively, Demani Richardson led the Aggies with 8 total tackles including 5 solo tackles while Anthony Hines III had 7 total tackles with a pair of tackles for a loss. As a team, Texas A&M is averaging 420.1 yards of total offense and 32.1 points per game while allowing 323.3 yards of total defense and 20.2 points per game against this season.

The LSU Tigers will look to remain perfect after improving to 11-0 on the year with a 56-20 win over Arkansas in their last outing. Joe Burrow threw for 327 yards and 3 touchdowns on 23 of 28 passing while Clyde Edwards-Helaire led the Tigers in rushing with 188 rushing yards and 3 touchdowns on 6 carries and John Emery Jr. had 42 rushing yards and a touchdown. Tyrion Davis-Price added a rushing TD as well while Ja’Marr Chase led the Tigers with 144 receiving yards and a pair of touchdowns on 6 catches. Thaddeus Moss had 4 grabs for 68 yards while the aforementioned Edwards-Helaire had a team-high 7 catches for 65 yards and Justin Jefferson had a receiving touchdown. Defensively, Jacob Phillips led LSU with 12 total tackles while JaCoby Stevens had 3 sacks. As a team, LSU is averaging 561.4 yards of total offense and 48.5 points per game while allowing 362.8 yards of total defense and 23.5 points per game against this season.

I completely understand LSU being favored at home, with how they’ve put points on the board left and right all season long. However, we saw it against Georgia, that the Aggies battle and their 4 losses this season are no joke, to teams like Clemson, Auburn, Alabama and Georgia. I think LSU wins this game, but like the Bulldogs last week, the Tigers have bigger fish to fry than to worry about trying to blow out Texas A&M. I think this is a case of LSU playing not to lose and I think that the battle-tested Aggies are more than capable of keeping this game within the number as well. 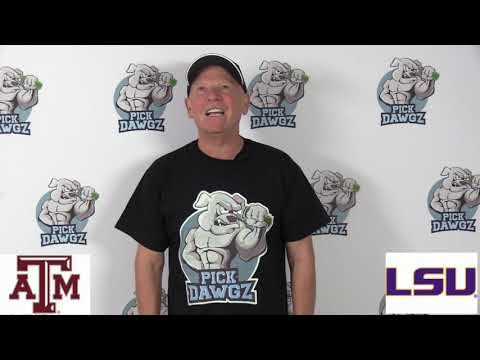