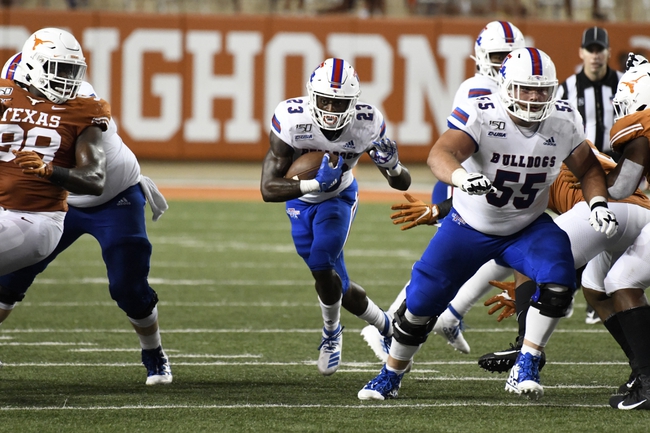 The UTSA Roadrunners and the Louisiana Tech Bulldogs meet in college football action from Joe Aillet Stadium on Saturday.

UTSA sits at 4-7 on the year. The Roadrunners are 1-3 over their last four games, with a win over Old Dominion and losses to Texas A&M, Southern Miss and Florida Atlantic in that time.

In the loss to the Owls, UTSA’s Lowell Narcisse passed for 86 yards, two TDs and a pick, and Brenden Brady rushed for 86 yards. Tops in receiving there was Zakhari Franklin with 98 yards on seven grabs.

Over on the Louisiana Tech side, they’re 8-3 this season. After an eight-game win streak dating back to the early part of the year, the Bulldogs have lost their last two to Marshall and UAB.

In the loss to the Blazers, LA Tech’s Aaron Allen managed 173 yards and two TDs, and Justin Henderson had 63 rush yards. Isaiah Graham’s 42-yard TD catch put him atop the receiver rankings there.

UTSA really hasn’t been able to open up their offense consistently this year, and they’re getting torched routinely on the defensive side as well. The Roadrunners gave up 36 points to Southern Miss and 40 to Florida Atlantic, not to mention 45 to Texas A&M and 33 to UAB. That’s a lot for an offense to deal with.

Louisiana Tech has hit the skids on offense, posting just 10 against Marshall and 14 versus UAB. The Bulldogs went through a points-scoring surge in the handful of games before those however, so they’re certainly capable.

In any case, I don’t really like this matchup but I’m going LA Tech on potential.