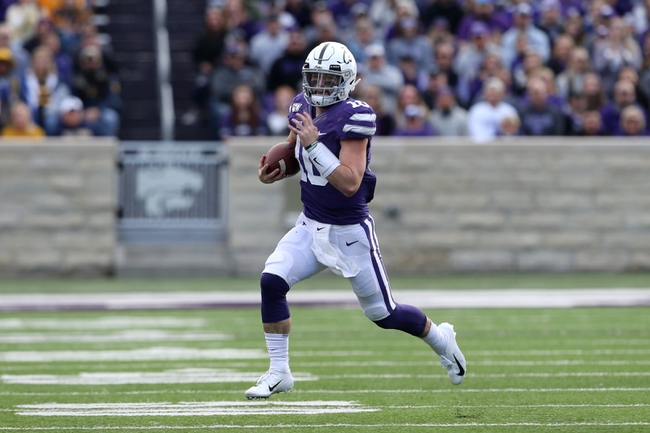 The Iowa State Cyclones will look to build on a 41-31 win over Kansas in their last outing. Brock Purdy threw for 372 yards, 4 touchdowns and an interception on 29 of 42 passing while also rushing for a touchdown as well. Breece Hall rushed for a team-high 97 yards and a touchdown while Charlie Kolar led the Cyclones with 100 receiving yards on 6 catches. La’Michael Pettway added 6 catches of his own for 96 yards and 2 touchdowns while Deshaunte Jones added a team-high 7 catches for 74 yards and Hall and Sean Shaw Jr. each had a receiving touchdown. Defensively, Braxton Lewis led the Cyclones with 11 total tackles including a team-high 9 solo tackles while Will McDonald added a pair of sacks. As a team, Iowa State is averaging 479.3 yards of total offense and 35.6 points per game while allowing 368.9 yards of total defense and 25.2 points per game against this season.

The Kansas State Wildcats will look to build on a 30-27 road win over Texas Tech last time out. Skylar Thompson threw for 246 yards, 2 touchdowns and an interception on 14 of 28 passing while James Gilbert led K-State in rushing with 61 rushing yards and Malik Knowles had 44 rushing yards. Chabastin Taylor had a team-high 3 catches for 74 yards and a touchdown while Wykeen Gill had 70 receiving yards and Phillip Brooks added a receiving TD of his own. Joshua Youngblood added a 100-yard kick return for a touchdown while Da’Quan Patton led the K-State defense with 10 total tackles with an interception. Elijah Sullivan had 9 tackles while Wyatt Hubert had a pair of sacks and Denzel Goolsby added an interception of his own. As a team, Kansas State is averaging 384.2 yards of total offense and 31 points per game while allowing 375.8 yards of total defense and 21.9 points per game against this season.

Iowa State has covered in 4 of the last 5 meetings, but other than that, I’m not sure why they’re favored here. Neither team is making it to the Big 12 title game and it’s not like Iowa State has been blowing teams away all season. Kansas State is one of the more underrated road venues in all of college football, and the Wildcats have done well against the number, both overall and at home dating back to last year. I’m just not buying Iowa State as a favorite here, so I’ll take the points with Kansas State in this one.