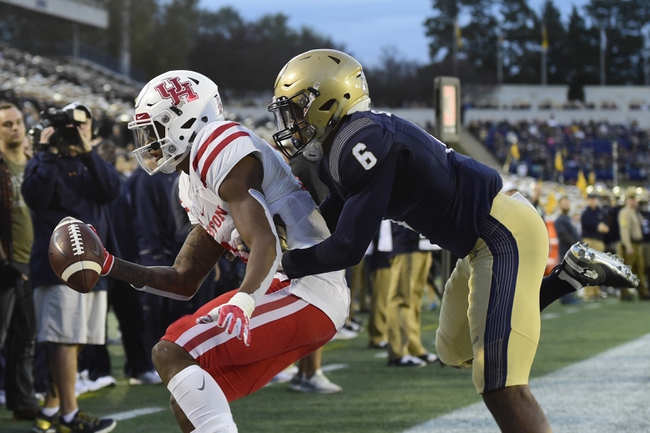 The Navy Midshipmen are 0-4 ATS in their last four games as a road favorite. The Houston Cougars are 4-4 ATS in their last eight games as a home underdog. The Navy Midshipmen are clearly the better team here, but this does create a possible lookahead spot, as they're fresh off a big comeback win over SMU and have the big game against Army coming up. The problem is the Houston Cougars have been really hard to trust this season and that defense can be scored on often. That triple-option of Navy is sure to give Houston fits. I'll eat the chalk with the Navy Midshipmen on the road.