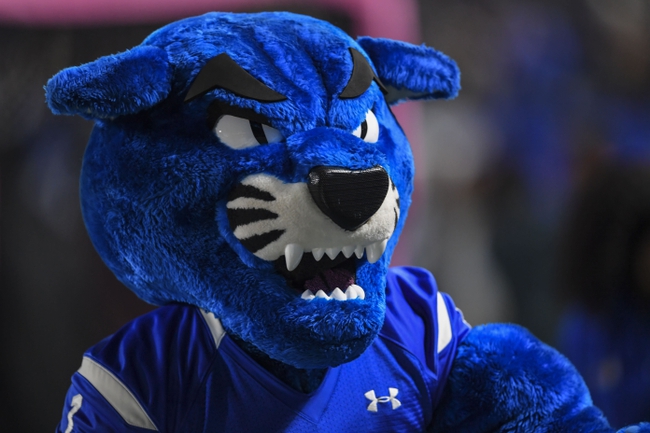 The Georgia State Panthers and the Georgia Southern Eagles meet in college football action from Paulson Stadium on Saturday.

Georgia State enters this one at 7-4 so far. Following consecutive losses to LA-Monroe 45-31 and Appalachian State 56-27, the Panthers got back in the win column in their last appearance versus South Alabama.

In the win over the Jags, Georgia State QB Dan Ellington had 208 yards with two TDs and one INT. Tra Barnett managed 128 rush yards and a score there, and Roger Carter posted 87 yards with a TD on seven grabs.

Over on the Georgia Southern side, they’re 6-5 this year. The Eagles are just 1-2 in their last three games, taking out LA-Monroe but falling to Troy 49-28 and Arkansas State 38-33.

In the loss to the Red Wolves, GA Southern QB Shai Werts put up 175 yards and three picks, while also leading the rush on 158 yards and a TD. Mark Michaud caught six balls for 96 yards and two TDs there as well.

Georgia State probably could have done a little more against LA-Monroe in that 45-31 loss, but we’ll give them credit for having to go up against a tough Appalachian State team in the next game (loss). The Panthers bounced back against South Alabama pretty well, so no worries here really.

That said, Georgia Southern can be a really pesky team—case in point their 24-21 win over the aforementioned Mountaineers. The Eagles are kind of hard to figure out though, as they were drilled by Troy and lost to an Arkansas State team they probably shouldn’t have.

I’m probably not going anywhere near this game, but I’m going to stick with the potential of the Eagles and take Georgia Southern on the cover.