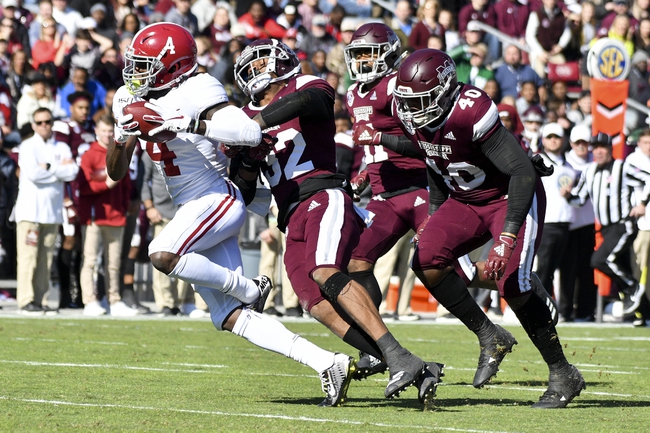 The Alabama Crimson Tide and the Auburn Tigers meet in the 84th installment of the Iron Bowl from Jordan-Hare Stadium on Saturday afternoon.

The Alabama Crimson Tide come into this game looking to build on a 66-3 rout of Western Carolina in their last outing. Mac Jones threw for 275 yards and 3 touchdowns on 10 of 12 passing while Taulia Tagovailoa threw for 35 yards and a touchdown on 2 of 3 passing. Keilan Robinson led the Tide with 92 rushing yards and a touchdown while Najee Harris had 66 rushing yards and a touchdown of his own. Jerome Ford and Brian Robinson Jr. each had a rushing score while Jaylen Waddle led Alabama in receiving with 3 catches for 101 yards and a touchdown. DeVonta Smith had a team-high 4 catches for 94 yards and 2 touchdowns while Najee Harris added a receiving TD as well. Patrick Surtain II logged a fumble recovery while Xavier McKinney and Jared Mayden each had a pair of interceptions with McKinney logging a pick-six. Shane Lee led Alabama with 7 total tackles while Christian Barmore has 6 total tackles and Anfernee Jennings had 1.5 sacks. As a team, Alabama is averaging 513.4 yards of total offense and 48.5 points per game while allowing 316.5 yards of total defense and 16.2 points per game against this season.

The Auburn Tigers will look to finish the year on a high note after alternating wins and losses in each of their last 7 games following a 52-0 win over Samford last time out. Bo Nix threw for 150 yards and a touchdown on 15 of 23 passing while Cord Sandberg threw for 84 yards and a pair of TDs on 5 of 7 passing. Shaun Shivers led Auburn’s ground attack with 55 rushing yards and a TD while JaTarvious Whitlow had 49 rushing yards and 2 TDs and D.J. Williams had a rushing score as well. Whitlow led the Tigers in receiving with 46 receiving yards while Seth Williams had 4 catches for 45 yards. Zach Farrar added 31 receiving yards with a pair of TDs while Harold Joiner added a 10-yard touchdown as well. Defensively, Christian Tutt and Roger McCreary each had a fumble recovery while Tutt logged an interception as did Jeremiah Dinson in the win for Auburn. As a team, Auburn is averaging 427.5 yards of total offense and 32.7 points per game while allowing 306.5 yards of total defense and 16.2 points per game against this season.

Senior day, Iron Bowl at Auburn, I can understand why the points would be tempting in a game that the Tigers have a good shot at winning outright, given that Mac Jones won’t have faced something like this in his young college career. However, if Alabama wants any chance at all at sneaking into the top 4, they need to win this game. Someone is going to lose the LSU/Georgia game and maybe someone else in the top 4 loses. Either way, the Tide need a win here and I think that Nick Saban will want to put a stamp on it so I’ll lay the points with Bama here. 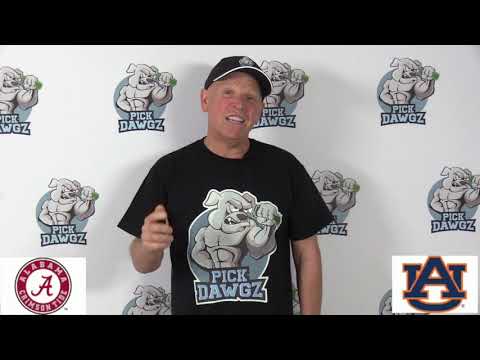